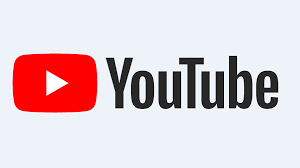 In today’s world, YouTube is booming. Many popular crazes and challenges are being posted on YouTube. Making people popular, and it is becoming some people full time job to make YouTube videos.

Making a YouTube video is a very complicated and intricate process. There are many different steps that you have to take to make a good video. There are lots of different techniques that can be used while filming. To get the best video possible, most YouTubers film the same thing over and over again.

After all of the filming, there are countless hours of editing that has to be done on the video. Editing all of the numerous videos together. and then adding special effects, and sounds to the videos.

Students here at Davis High are starting to make their own channels with the hope of becoming famous. Fellow student Elijah Williamson just made his very first YouTube video under the name @mrfinn.

His hopes are to one day become,

“the hybrid between the next Pewdiepie and Mr.Beast.”

Which are two of the most famous YouTuber’s out there. His plan is to use both clickbait(putting a fake image or title to get people to watch the video), and popular ideas to get both views and subscribers. Help a boy out and go LIKE and SUBSCRIBE to @mrfinn!!!!