How article 13 is killing the internet 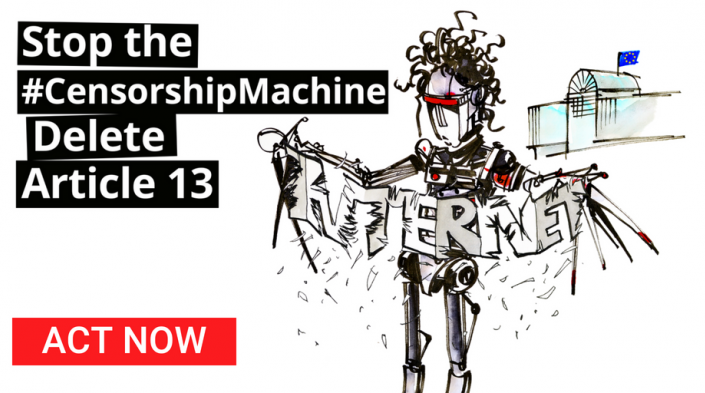 This year had been full of changes and good things  the USA and  Europe have made quite a few together however a more disturbing one that has been passed in Europe is definitely not a good thing its known as article 13 and is a new program they are downloading into YouTube in Europe and possibly the USA. What it does is not only questionable on the internet but also questions your safety and privacy all together.

Article 13 is a new quote on quote “New safety measure” in YouTube to help stop scammers, hackers and people from copying  the other users content. It affects YouTube, online musicians and meme accounts. while this doesn’t seem like a big deal the way it does this is the unsettling part. Most safety systems use a simple program that shuts down those who take or copy others content. This however does a lot more. First the program uses some sort of system to scan through all the channels of YouTube and deem which ones are potential threats and which ones are not. then the ones that are threats or deemed on the edge are then under constant observance.  This wouldn’t seem like  big deal but then you realize that it knows your phone number, email, home address, and just about everything you have ever done online.

On top of all of this is the fact that this a new system and is still having things added to it and being “improved” many see a problem if this tech was weaponized  it could find and seek out anyone and where they live as well what sites they visit and what they do on them. This isn’t even the worst part, say you take a picture with the video game or anything that has been copyrighted. The system (depending on its mood) will the censor that this has proven a real pain for you tubers who have the same or similar title as the system censors it leaving them to change the title or start again from scratch.

Many have called for article 13’s removal deeming it unsafe and killing creativity and in a sense it is with the censorship and constant tracking . Unfortunately it  has not been removed and is now slowly spreading over Europe causing panic and anger as it goes. how will this play out? we don’t know, but one thing is for sure it needs to be stopped not only before it kills the internet but kills or creativity as well.