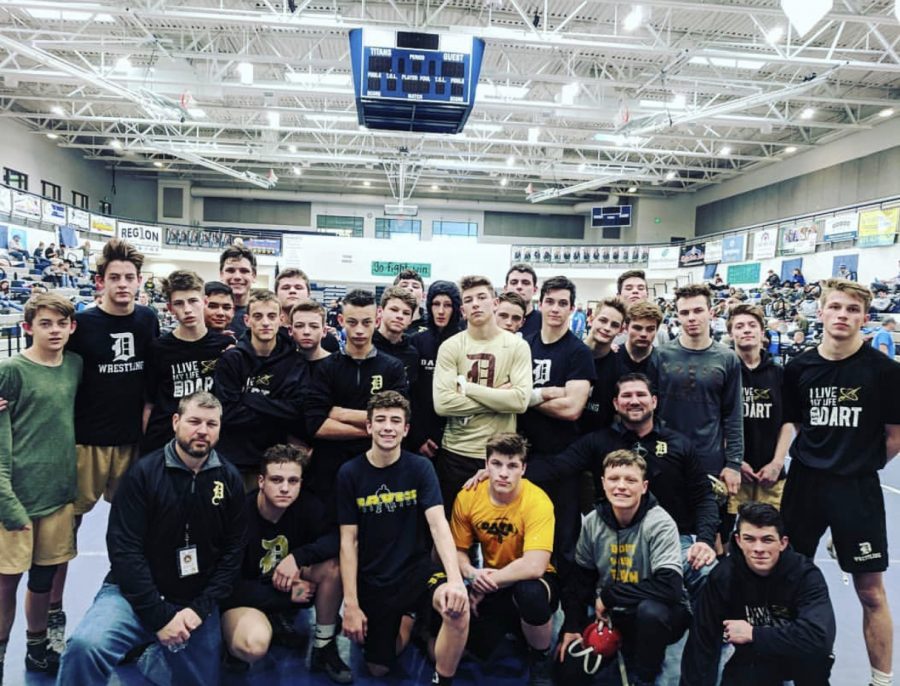 The ultimate goal of any high school sport is placing or taking state, and 13 wrestlers are guaranteed and 4 alternates have a chance of being there too. Utah 5A/6A state tournament will be held on the 13th and 14th of this month at Utah Valley University, or UVU for short.

All seniors are going to state, two taking first place, two winning third, myself (Max Barnett) at sixth, and one placing eighth. 13 over all placed 1st-8th and 4 placed 9th. those who placed 9th go to see if someone in their weight class is unable to wrestle, letting them in.

State is the tournament of the year, and the second hardest tournament, the Rockwell rumble being the first, in Utah. For many there this is their last chance to prove their skill in this sport, because after this stepping back on the mat wont mean the same thing.

Each match a battle and every one that is won is a step closer to the medal deserved. This tournament being a stage for the wrestlers from Davis high to fight like never before.