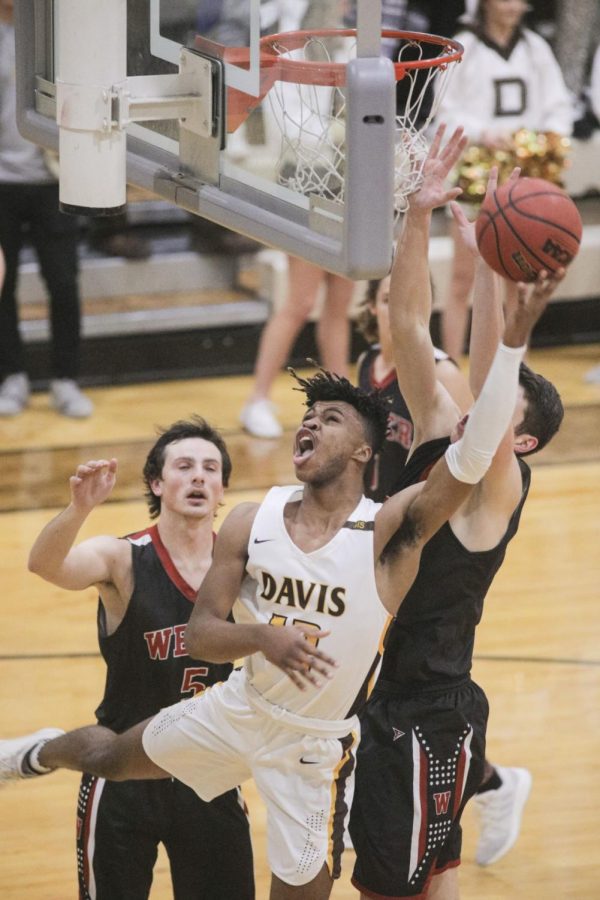 Davis takes another basketball victory vs. Clearfield High School. The team won 66 to 48. This game was extremely important for the Davis Team.

KO Fisher announced “With the win of this game, we have locked in our spot for second place in region.”

This game was not only eventful for the team, but also for the crowd and parents. In the middle of the game, a parent of one of the Clearfield players ran onto the court. The coach of Clearfield had taken out the parents son, which angered the parent.

Quickly the dad was onto the court fighting with the coach. Two Police men had to run over and try to break up the fight. The dad would not calm down and soon the cops pulled a taser and threatened to taze him if he didn’t calm down. He had to be pulled out of the gym in attempts to keep the situation clean.

While all this was going on, the two basketball teams were just standing there.

“I was playing basketball one second, and then the next i was just so confused on what all the commotion was.” says Jack Rigby.

Soon after the turn of events, the basketball game was up and running. Davis continued to win and stole the victory. On to Senior Night on Friday!