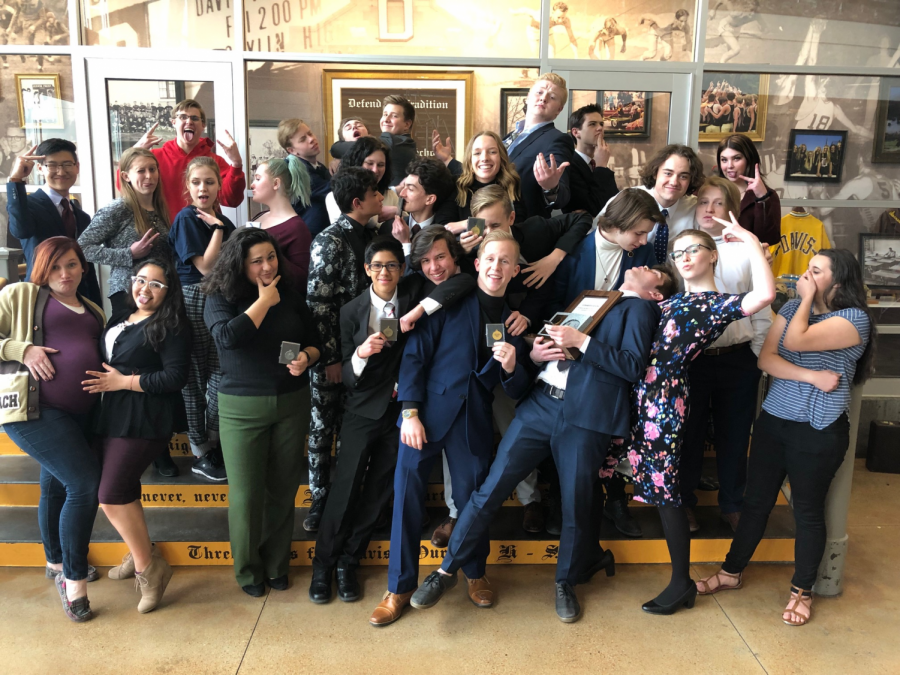 Davis High School’s debate team is competing at state this weekend, Friday the 8th and Saturday the 9th. This is a two day tournament that Davis High School is hosting. The tournament is one of the biggest this year for the debate team. There are 14 other schools competing in many events. The higher people place overall, the more points they earn in order to help the team place overall. The team with the most points after all events are over are the state champions. Davis High got 3rd place last year, but they’re expecting the dub this year. To qualify for state debaters had to compete at region last weekend and get top 11 in their event.

The team has worked hard for these last few tournaments at the end of the season.

Those competing in debate events are listed below:

Public Forum: A partner event where you go against other teams of two

Policy: A long version of Public Forum, about an hour and a half, but with more philosophy and screaming

Lincoln Douglas: the most popular event where its one debater against one other

Congress: Its close to real life congress and you get points for giving speeches

Those competing in speech events are listed below:

Impromptu: you get a topic and have two minutes to prepare and then give a five minute speech

Oratory: you write, memorize and give a ten minute speech

Extemp: you have thirty minutes to prepare for a seven minute speech about a current event

After the teams incredible determination and preparation it is sure to be quite the competition, the reputation of Davis debate will grow even bigger than it already is.  People are already scared to go against Davis and after state they will be terrified too!