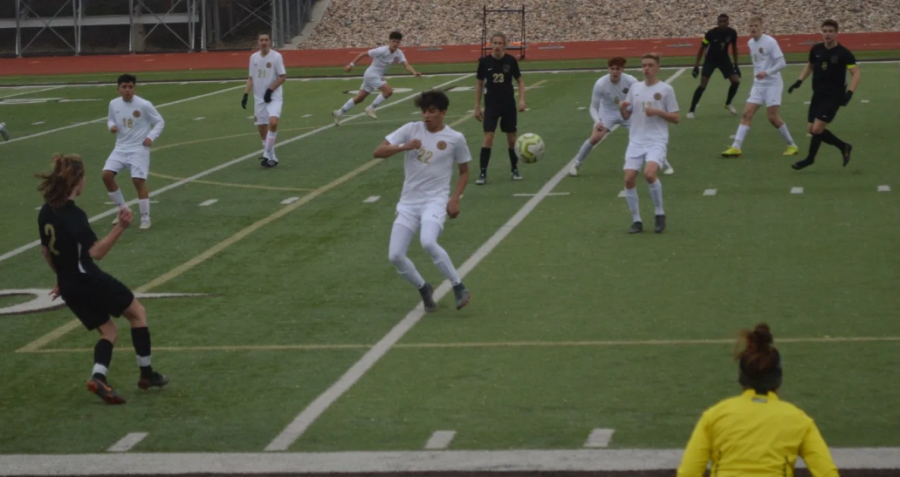 On Tuesday, the 19th of March, Davis opened up their season with an away game at Syracuse. Last season, Davis swept Syracuse through the 2 games these teams matched up in. Through the past couple years, Syracuse has been a tough match up for Davis because they’re a fast and aggressive team.

Davis faced off with Syracuse in a 4-4-2 formation and, right out of the gate, had the right mentality from the get-go with 3 goals scored in the first half. The first goal came from a suburb header from defender, and captain, Kaden Chino. The second of the three were scored by Zach Kennedy, a midfielder, who placed it perfectly in the bottom corner from beyond the 18. The third and final for the half came from midfielder, and captain, Tyson Bailey, which came from a pass from forward, Josh Harwood. A perfect way to end the half, but the game wasn’t over yet as there still may been some light for Syracuse.

The boys start off the second half with a spacious lead but look to extend it. Through out the half the game remained one sided for Davis, as Josh Harwood scored an absolute banger, from about 30 yards which lifted up and dipped right below the cross bar, to close out the game on  a good note.

When asked what made for the success against Syracuse, Josh Harwood, midfielder, said:

“We started off before the game with energy and positivity.”

He then went on to say, “By halftime we were up 3-0, when we started off the second half we got another goal in the first 10 minutes which closed out the game for us.”

It was a real team effort that brought success along with it.

Davis also played their home opener on Thursday, March 21st, against Northridge. Davis struggled against them last year, but are looking to push their record to 2-0 in region.