The attempt to reinvent the wheel: Quinn Snyder

The Jazz took on the Rockets Sunday night in Houston Texas. Utah fans had a very tough night last night, the Jazz fell short to the Rockets 90-122. Coach of the Utah Jazz thought he had the rockets fooled when he tried to guard former MVP James harden in a different style. They tried to make James drive right because he is left handed and they wanted to take away the step back. They would play slightly behind him funneling him into Rudy Gobert’s lap. This just gave James more room to work and gave him space to make plays and he made the right pass when he needed too and shot when he was supposed to shoot. This plan would’ve worked if the Rockets didn’t have 7 players go for double digits. The Rockets shared they ball really well and most of all they knocked down their shots. They didn’t stop Harden in the process either, James had 29 points and 10 assists and 8 rebounds.

The Jazz need to take a different approach going into game 2 on Wednesday April 17th. They need to get a different strategy otherwise the Rockets might be bringing out the broom. 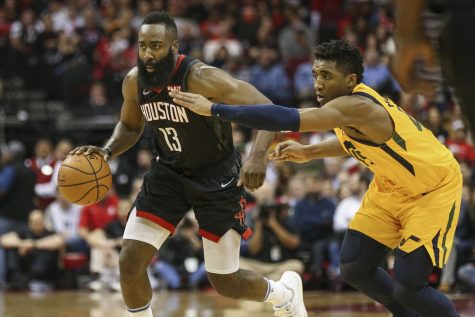