Students for the Environment 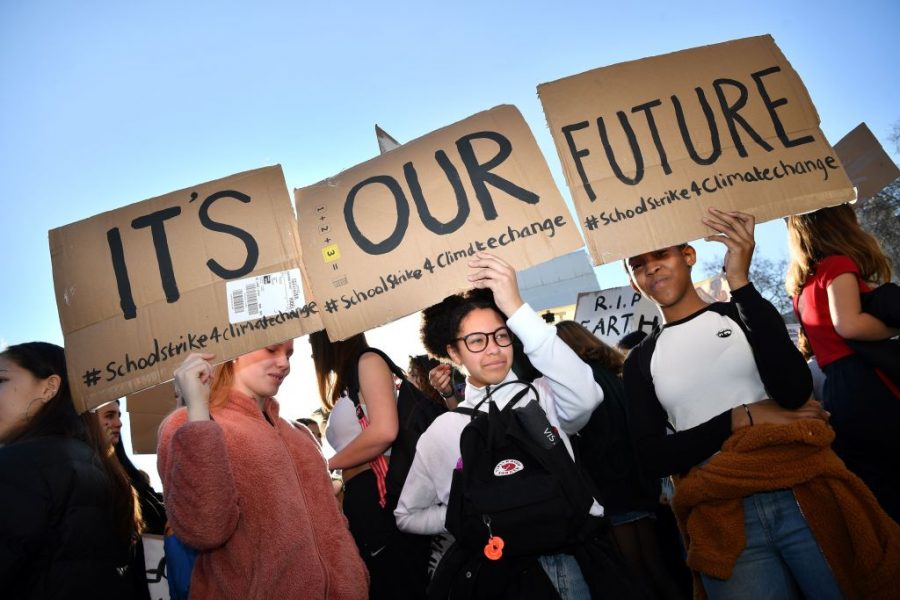 Young demonstrators hold placards as they attend a climate change protest organised by "Youth Strike 4 Climate", opposite the Houses of Parliament in central London on February 15, 2019. - Hundreds of young people took to the streets to demonstrate Friday, with some of them having gone on strike from school, as part of a global youth action over climate change. (Photo by Ben STANSALL / AFP) (Photo credit should read BEN STANSALL/AFP/Getty Images)

You have probably heard of the problems our globe has been through. I know there are many, but there is definitely a bigger one. Global warming is real, it is sad, and it just grows. For that, there are many things that us, as the family earth, can do to make it better. One of those things that came up not to Utah, nor the U.S., but to the whole world was a movement that supported. A Swedish clime activist  has been fighting for the world’s biggest leaders to use more alternative energy sources like the renewable ones, such as solar energy instead of the combustion of fossil fields. At Davis High, the Junior Julia Last is being responsible for the movement.

“She posted online and we are trying to spread the word, and to gather as many students as we can to join the movement. We are gathering at Davis on the morning of Friday, the 24th, and marching to the City Hall in Kaysville, during it, we are having a lot of activities during it, and we will find supplies to make posters and whats is needed, and I will give a speech.”, said Last.

So, if you agree with Julia’s plans and that the earth needs help, joint the movement.

If not, no one cares for whatever you are doing in your end of term classes.