The history of the Halloween sugar high 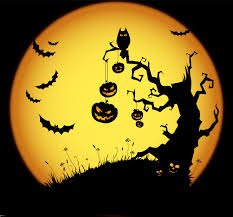 October 31st… a child’s candy fantasies become realized! Families in our community have very diverse ways of realizing those sugar high fantasies for Children. The history behind how families celebrate this long time american staple.

Have you ever asked how this spooky dark holiday began? It all began centuries ago with a group of people known as “The Druids”. The Druids were people who believed that witches, demons, and spirits of the dead roamed the Earth on the eve of November 1st. Sounds crazy… I know right? The bonfires were lit and pumpkins were carved to scare away the spirits. Many traditions go back to the time of the Druids and the Celts of Scotland. The Druids used symbols like autumn leaves, apples, and nuts are a big part of the Halloween season. And they are reminders of the druids’ autumn festival in honor of the harvest in place of the infamous dead.

“In 1950 a Sunday-school class in one small American community gave up their treats of candy and apples. Instead they asked for pennies, nickels, and dimes to give the United Nations Children’s Fund. This example has been followed by other boys and girls around the country ever since,” Stated from an article from scholastic.com

Present day Halloween consists of dressing up, going to parties, bobbing for apples, and watching horror films. Nowadays there are some things that are similar to back in the Celtic days and there are many new traditions as well consisting of halloween sleepovers and many more. Halloween is a holiday that many people can enjoy from younger children to parents as well.

“Halloween is my favorite holiday because it has infinite options and they are for a more mature crowd. For example, I love fright mares because it is an event that a larger variety of people can enjoy.” Explained Davis High’s own Brooklyn Crowley.

So get to work on your costumes and think of “The Druids” as you celebrate America’s symbol of terror.