What’s the scoop on the Davis High Marching Band season? 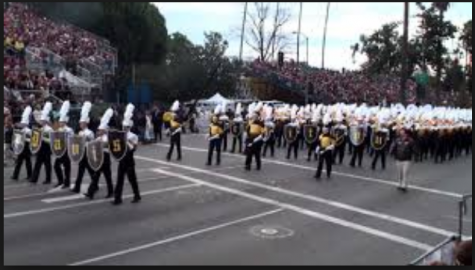 Davis High arguably has the best music program in the state, among other insanely talented programs at Davis. The Marching Band is no exception. It is made up of some insanely talented musicians who spend months and months making a masterpiece to compete with. It takes insane talent with one of the most rewarding outcomes.

It starts in June, just a week after school ends. Students learn how to march and play while marching. They condition and march parades until the end of July: this is the summer season.

Then, the fall season starts, and this is the competition season. There is a week long camp in mid-August where they spend 14 hours a day (7 am-9 pm) for 5-6 days out in the sun learning the field show. They rehearse and the music and drill for 2 straight months until competing in October. Davis competes against other bands almost every week in October and a week into November.

The last week of the season is the first week in November, and it is state finals and regional finals. The marching band goes down to St. George and competes for state and region for a whole weekend, and then they come home and that’s it.

It’s one of the saddest things to end the season, mainly because you just spend 5 months dedicating all of your time and energy, working around school and work and homework and other commitments.

“You learn to find joy in working hard and realize that all the stress and pain and work was worth every second.” says Brett Knowlton, a Quad on the drum line.