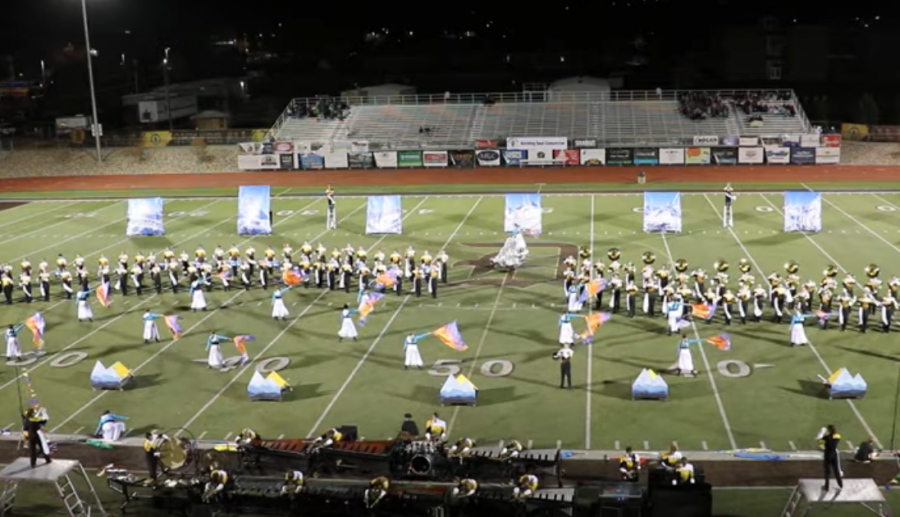 This Saturday Davis cup started at 7 in the morning and went until 11 at night. The marching band prepared to play their field show and the adrenaline was high. The crowd goes insane as Davis starts to perform “Summit”. Many people thought that they had performed the best show yet, however many members had mixed feelings about how they did. Many members felt it was their best run through, but some felt they did not. overall Davis cup was a success however it is fairly disappointing to see that American Fork (AF) has taken the Davis Cup for another year.

The scores are broken up with an average score out of 100 with each judge having 2 boxes with 100 points making a total of 200 the average of the two scores are kept. The scoring was as follows.

Davis tied with Westlake with a score of 89.512 out of 100. However, the marching band did take home the Outstanding Color Guard Caption Award. This is the first caption that we have received and the band went insane when they heard what had happened. The announcement went as follows:

“In third place is NO ONE!”

Everyone was extremely confused. The announcer then said that there was a tie. Everyone was surprised because this rarely happens, but overall this was a great Davis Cup.

At the conclusion, the marching band rushed the field and the trombones along with other sections started their traditions with AF the trombones being playing the song “Imperial March” and “Shattering Infinity”. This will be a Davis Cup to remember.