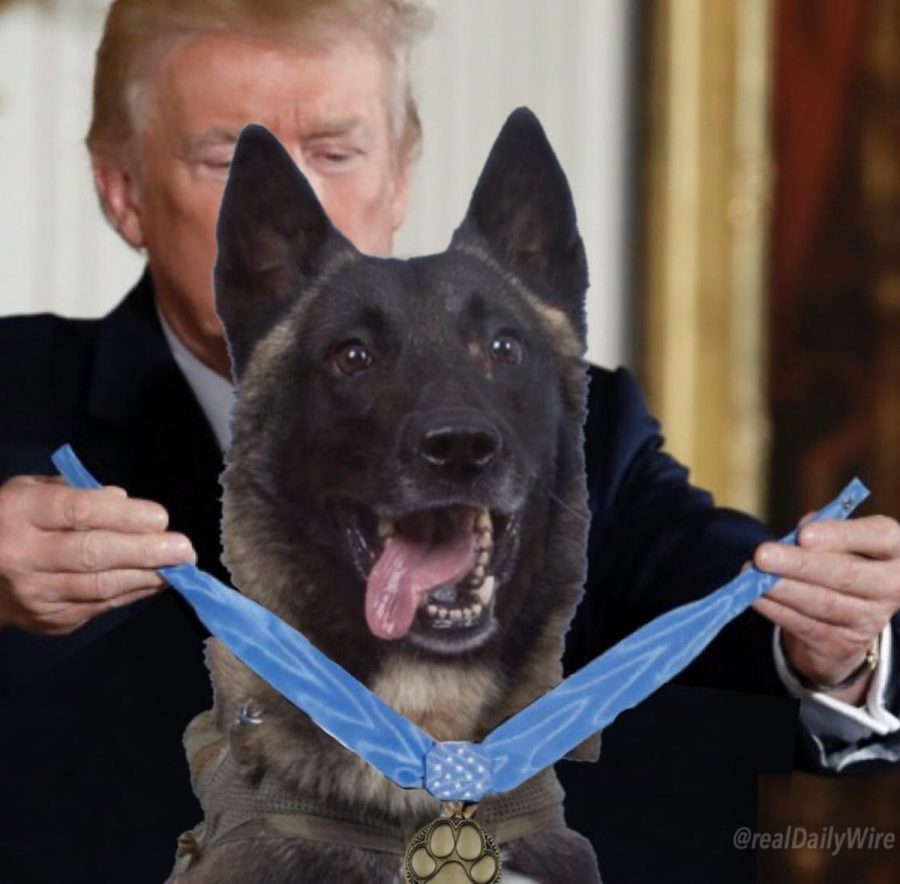 Top Isis leader Abu Bakr al-Baghdadi killed in a lethal strike in Syria, all thanks to a special military dog.

The founder and leader of Isis was killed on October 26, 2019, after a years-long manhunt to find him. Thanks to a talented military dog, he was tracked down and killed soon after. Al-Baghdadi and 6 other Isis fighters were cornered in a compound where they were killed by US military operatives.

The compound he was in was raided and he eventually detonated a suicide vest, killing himself and 2 of his children.

The dog, whose name is classified, injured the Isis leader and caused him to be cornered in a hole, where he detonated the vest.

The dog was only minorly injured in the raid but has since been making a good recovery.

“Our canine, I call it a dog, a beautiful dog – a talented dog – was injured and brought back,” Trump also commented.

The dog has since received much praise (and treats presumably) for his noble acts in finding the Isis leaders’ hideout. 2 detainees were also taken from the site, and the remains of al-Baghdadi have been confirmed by DNA tests.