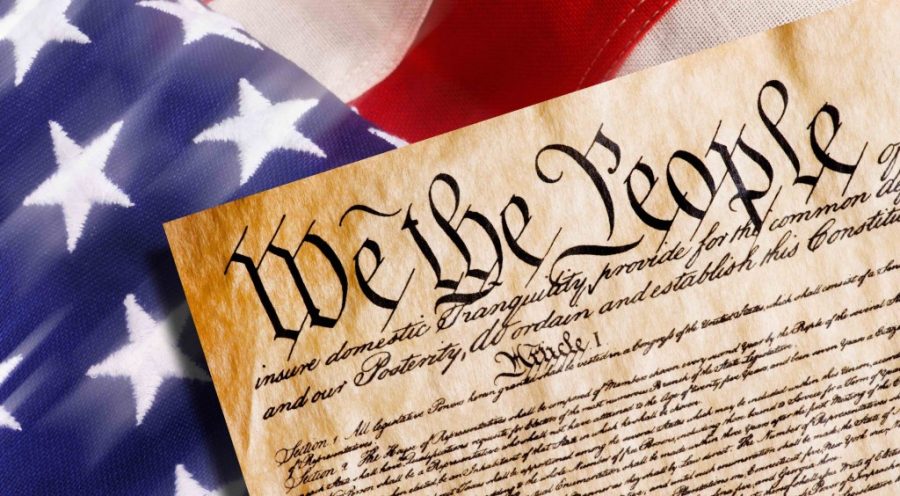 This great country was built upon one of the greatest written articles to ever exist. The constitution of the United States has not only led the citizens therein to a greater life, but it has also acted as an example for other countries to model their own governance. The constitution has provided the United States with a stable and effective method of governance. Due to this, Davis High formed their own version of a constitution.

That’s right, Davis High has their own constitution. Drafted by the student government, it lays out the rules and regulations for running for office, as well as the duties and responsibilities of the officers.

In order to keep it relevant with the times, they try and revise it every two years. This year they’re revising it for a number of reasons, based on a number of new issues involving the fairness of elections.

“We’re dealing with a lot of new things, like social media, that weren’t included in the first place. We’re updating it to make sure we’re doing things correctly,” explained Erik Gunn, SBO advisor.

Like Gunn stated, this years’ updates to the school constitution will include regulations for campaigning on social media. It will also include things like how many and how large of posters may be put up around the school, if and what you can give out to your “supporters,” and more. The updates will also include specifications on the duties and responsibilities of the student government officers, specifically Dartman. While Dartman the mascot has been around since the start of the school, Dartman the officer is a fairly new position, so his responsibilities needed to be defined and added in.

The goal of these changes is to make the election process more inclusive. To dissuade situations like cyber bullying due to the election, and to give everyone, no matter their background or situation, an equal opportunity of becoming involved in the school.

“Hopefully more people feel like they can run for office and be apart of student government,” expressed Gunn.

The school will host its constitutional convention on February 25 during lunch. Each student government member and two representatives from each student government organization, as well as a representative from each school sanctioned educational/curricular club, will be present to vote on and ratify this years changes to the Davis High Constitution.