What Black History Month means in a primarily white area

"Unless man is committed to the belief that all mankind are his brothers, then he labors in vain and hypocritically in the vineyards of equality"-Adam Clayton Powell Jr. First African-American from New York to be elected to Congress 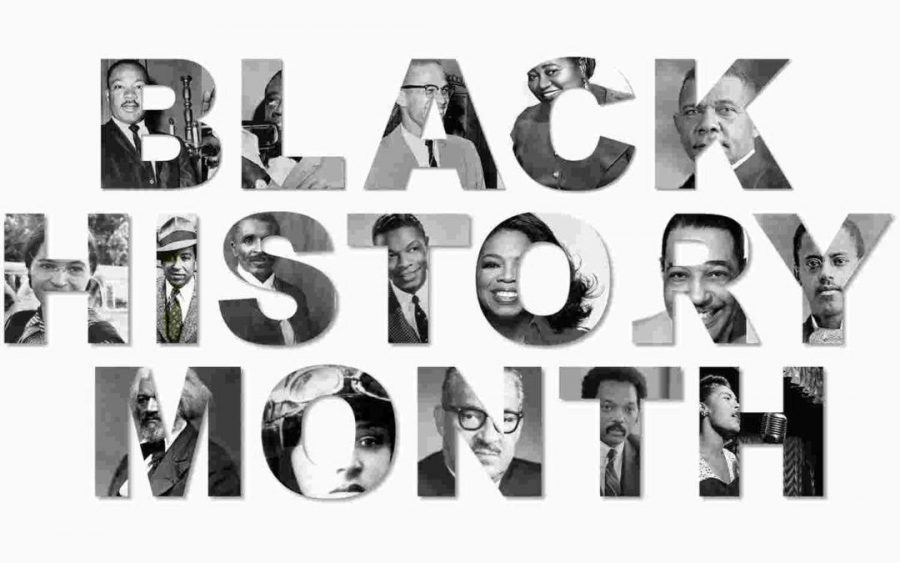 February is Black History Month, but what does that mean in a primarily white school? Why does it matter to someone who isn’t black?

Black History Month’s purpose isn’t to degrade white history. It’s not to say that white history isn’t important, or to take away from white history at all. In order to fully explain what it is, I’ll use an example from Meredith Wright, a teacher here at Davis, who teaches a Women’s Art History class, as well as AP Art History.

In the United States, the history that is taught in our schools is very eurocentric, or white. It leaves out many stories of successful African-Americans, and instead focuses on successful white men. Erica Affronti, an African-American student from New York says “Most of the black history I know, I’ve learned at home. I haven’t learned very much at school.” Which illustrates how lacking our curriculum is in providing a place for black stories.

Even if Black History Month isn’t inherently racist to white history, why is it important? Why should we celebrate it? Well, that’s simple, it has to do with equal representation. Have you ever had a character or historical figure that inspired you? Do you see yourself reflected in TV shows and history textbooks?

In order to understand, some of us may need to step away from race for a little bit, but we will come right back in a second. When I was a young child, I wasn’t into Disney Princesses. My mother loved Belle from Beauty and the Beast because Belle was smart and brave, but also because Belle looked like her. My mom was a brunette with hazel-brown eyes. As a young girl with blonde hair and blue eyes, you would think it would be easy for me to find a princess I could connect with easily.

I couldn’t though, to me the only choices were Aurora or Cinderella, whom I disliked because they weren’t smart like Belle. They didn’t act, they were acted upon. To me, an easily angered 5 year old, they didn’t really even have feelings. When I saw the first Tinkerbell movie though, I found someone I could look up to and identify with. She looked like me, but was smart and courageous. To a young child, feeling represented is so important.

In terms of race, African-American children have not had many mainstream historical figures to look up to at all. This isn’t even taking into account someone who looks and acts likes them, as was the case for me and Tinkerbell. I had many people that looked like me. These kids aren’t even being taught about heroes and important people that only look like them.

“When I learned that a lot of the things I use everyday were made by someone who looks like me, it made me feel like ‘Oh, well I could do the same thing,’ or ‘it is possible.'” Erica says. Seeing someone that looks like you, achieve miraculous things, is more than just important, it’s inspiring.

Having someone to look up to is critical in order to inspire the next generation to achieve personal goals, but not just that, it works for the good of society. It’s important for science, technological advancements, business, economics and more.

So yes, Black History Month is not only not racist, it is important. To everyone, even white people. Our country is made up of different people from different cultures, ethnicities, nationalities and more, and in order to come together, we need to understand and celebrate each other as equals.

“Our Constitution was written in this beautiful way, and our Bill of Rights, that includes freedom, and liberty to all and yet I still feel like we are still trying to catch up and live up to that vision and in order to do so, we need to focus on and highlight and celebrate the voices of all.” Wright says,

She continues “For a group of people that have been oppressed throughout the history of our country, whether it was through slavery, discrimination, segregation, for us to live up to “Freedom and Liberty for all” we have to listen to their voices and hear their history, it’s a really important part of us living up to our Constitution”

When asked what she thought the most important aspect of Black History Month was, Erica said

“Recognizing that Black History is American History as well, like us, the things we have created, and our everyday lives and it’s important for everyone to celebrate and learn about”

For one to say “If I’m white, why does black history matter to me?” Is the same to say “If I’m black, then why does white history matter to me?” Our country was built by white men, sure. We should all learn about the founders of our country. But why were many of our founders able to build our country in the first place? They had the time to do so. They had the time to study and plan and prepare because they weren’t busy farming and such. They had the time because they had slaves to do that for them. These people were brought and kept against their will, and then literally built America. Shouldn’t we use time to learn about more of them?

“I think what makes our country special is we are a country made up of immigration, of immigrants, it’s really important in my eyes to celebrate our diverse country and what makes us America… highlighting [African-Americans], celebrating them bringing them into the melting pot of our culture and elevating these other cultures cause you know, we are a culture of all these mixed ethnicities, nationalities,” Wright says. She goes on to say how beautiful it is to live in a country full of so many different people and how beautiful it would be if we could all come together and understand each other.

Becoming educated and learning about black history is important. Especially as a white person. We know that especially since this summer, tensions have been high. But rather than only condemning the actions of a few, why don’t we learn about the reasons why they may be angry in the first place? Ask what the majority are protesting for?

Although we know that learning and celebrating Black History is important, how we can learn about it if we live in such a predominantly white area? It’s simple. We live in a time and age where almost everything is accessible to us through the internet. Especially information.

Wright recommends going out of your way to find stories and articles. She even mentioned podcasts. Especially in February, there are so many easy to find sources to read black stories or listen to them. Erica also recommends googling, watching documentaries, and reading books written by black authors.

With the easy access of the internet as well as libraries and streaming services, basically anyone can find black history. Just because it’s not taught extensively at schools, doesn’t mean it’s necessarily always hard to find.

So this month rather than posting a Martin Luther King Jr. quote on your Instagram story, (although he was a truly amazing man) research black stories, share black stories and learn black stories. Become a true white ally.

“The best way we could try to be a white ally is by emboldening POC, instead of boldening ourselves, and listening to POC and letting them lead the way when it comes to their history, letting them lead the way when it comes to how they think we should stop oppression, stepping aside and being a really good listener, and having an open mind and open heart” Mrs. Wright says. She goes on to say that it is not enough to simply be “not racist.” We must actively be anti-racist.  How can you be anti-racist though? The above advice from Mrs. Wright still applies, but so does some more.

“Speak up against racism and injustice, because you feel like it is wrong, not because it’s a trend or not because it looks good to do it, but out of the goodness of your heart.” is what Erica Affronti recommends.

Learning black history is important to the growth of this nation. Like Mrs. Wright said, we need to live up to “Freedom and Liberty for all” and we can’t do that if we don’t understand each other. Understanding is the basis for all beneficial relationships.

So learn as much as you can, in not just this month, but in the months following. You don’t have to limit it to just black history either. You can expand into Native American history, Latino or Asian history as well.

It is the hope that as we learn each other’s history, and come to understand each other more that we can begin to heal this nation finally, from the cloud of racism and injustices that many people, especially African Americans, face. So do your best going forward, to look into others and begin to understand them. Teach yourself their history, as they have always been taught yours.
“History will have to record that the greatest tragedy of this period of social transition was not the strident clamor of the bad people, but the appalling silence of the good people.” -Martin Luther King Jr.