Tiger Woods left a gaping hole in our hearts 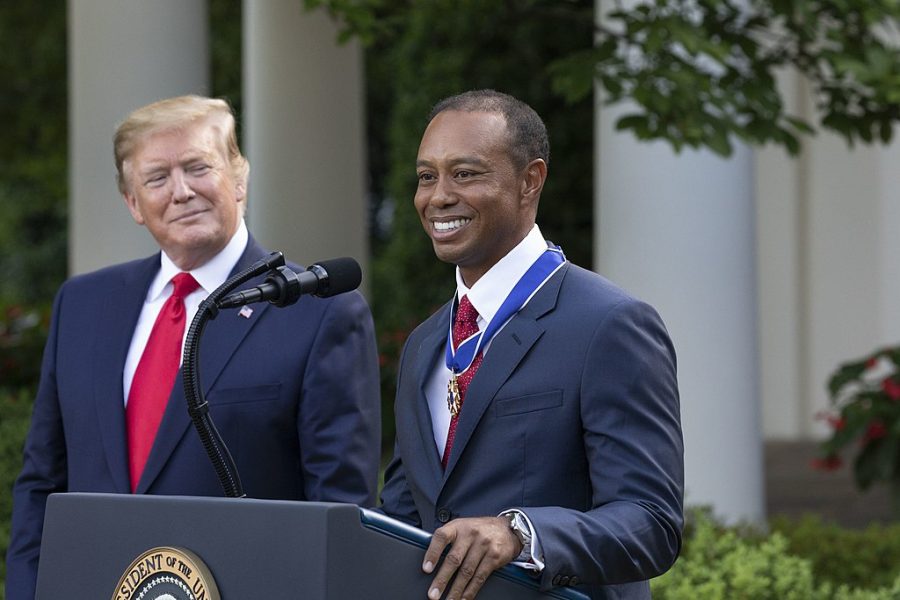 Augusta National Golf Course has been home to many sweet memories for Tiger Woods. From the surprising triumph in 2019 and the back-to-back wins in ’01 and ’02, this year’s Masters left us grasping for something. That thing was Eldrick Tont Woods.

Tiger Woods, unfortunately, could not participate in the Masters due to his recent injury. On February 23, Tiger Woods crashed his vehicle in Southern California. The incident left Tiger with some serious injuries to his right leg which required him to undergo multiple surgeries. This injury could easily jeopardize his future in the PGA and his future in general.

Tiger has been dominating the stage at the Masters since 1997 when he won it by 12 strokes at the age of 18. That tournament is what launched the most followed golf career. Tiger Woods has managed to change the course of golf from just being a “rich guy” sport to a national phenomenon. The “Tiger Woods effect” is real and still continues to grow.

Many predicted after the 1997 Masters, when 18-year-old Tiger Woods dominated, that he would steamroll Jack Nicklaus’s 18 majors. But we need to remember that there is opposition in everything, so many believed Tiger would never reach that milestone. At the age of 43, Tiger Woods conquered the world at Augusta National and won his fifth Masters tournament. Woods has opened the door again for the discussion for the greatest golfer of all time.

When we watched Tom Brady triumph over Kansas City in the Super Bowl, we realized how much we love an old dog who uses new tricks. Athletes such as Woods and Brady, in terms of sports, are “old dogs” who are managing to beat the “new dogs”. At 45 years old now, Tiger Woods is still managing to compete on high levels. Even though he has not competed this year, some of his performances last year shocked the world.

The Masters Tournament at Augusta National in Georgia did not disappoint this year. Hideki Matsuyama managed to win the tournament, but Tiger Woods stole the show. Even without being there physically, Tiger’s presence was felt. We are all anxiously waiting for that next performance and possibly the next win for Mr. Woods.