The Mob v. The Administration 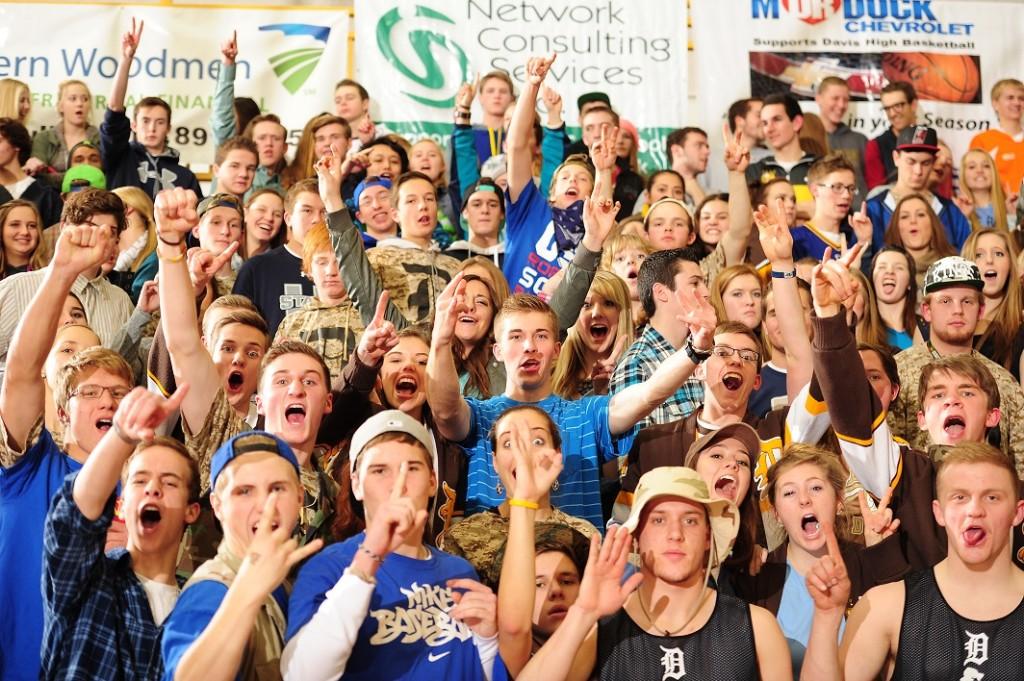 It’s game day! The bleachers resemble a blur of brown, gold, and camouflage as the basketball team is enthusiastically cheered on by a zealous group of students that have come to be known as “The Mob.”

The Mob has become a very prominent part of basketball games this school year, but many wonder what the school’s administration thinks about this new addition to Davis High Tradition.

Mob member Senior Nate Ferguson agrees with Richins, but believes appreciation from the administration is contingent on The Mob’s behavior. He said, “I think as long as we are somewhat respectful and we follow what they say. Then they like us.”

Now for the moment of truth: what does the administration really think?

“I love them,” said Assistant Principal Richard Firmage, one of the school administrators. “They are great and have a very intimidating influence on the visiting teams. They are also hated by the other schools that we go to, both the parents and the students hate them which is awesome.”

Despite Firmage’s love for The Mob and its members, there are some things he would like to change about this new group. “I’m not sure The Mob is the best name for the group. I would prefer something else, but whatever. I would [also] like to see a few more set cheers and I would like to see them do the cheers with the cheerleaders a bit more,” said Firmage, “[and] the bad thing is that sometimes they get a little carried away and do some things that are a bit inappropriate.”

Even without these improvements, Firmage enjoys The Mob. He said, “They are the 6th man and they have a great impact on the team and against the opposing team. I think they are great.”