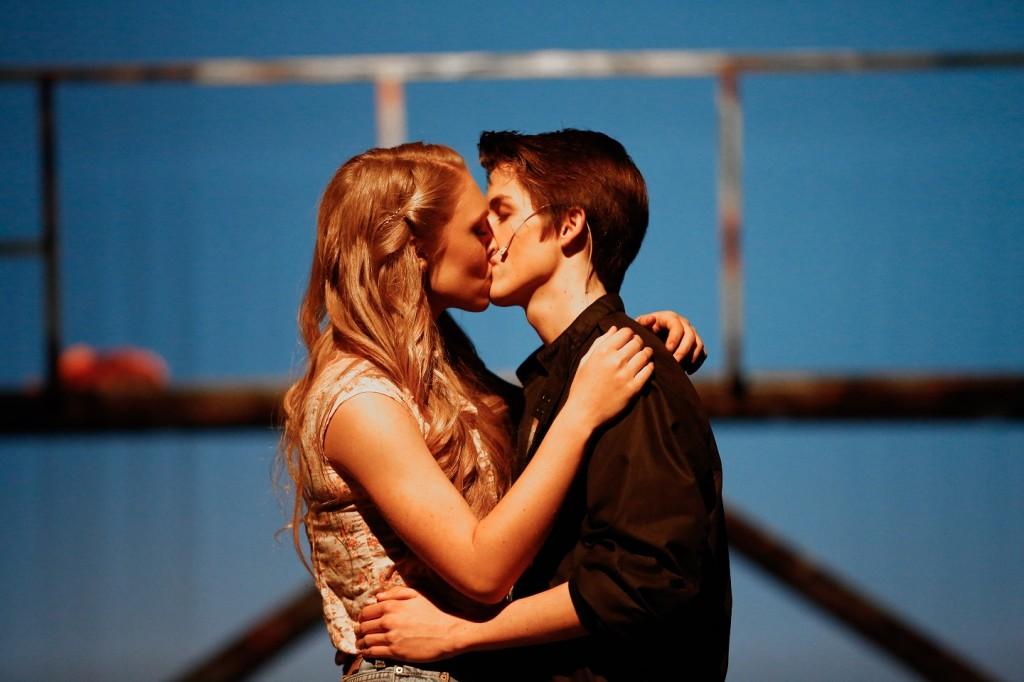 The phrase “break a leg,” is a common way to wish an actor or actress good luck, but during this year’s production of the musical Footloose this phrase of well wishing has come literally true for performers Senior Tiffany Bean and Junior Anisa Call.

Bean, playing the role of Ethel McCormick, tore her achilles tendon on March 4th, the week before the show started. “I was walking off stage and somebody left some cords on the stage in the back [that] caught on my heel and somehow I ended up on the ground,” said Bean, “I’m now doing the show in a wheelchair.”

Bean was not the only one injured while rehearsing; Junior Anisa Call, playing the role of Rusty, was also hurt when preparing for the show. “I’m a klutz and I tripped down the stairs and, also, my foot got run over by the house one time,” said Call, “[but] I’ve been totally good [since].”

While neither accident ended in disaster, they were still a source of stress to the cast. Call said, “It [happened] during rehearsal so I was okay, but we’ve definitely had a lot of injuries!”

Bean had to adapt her performance much more than Call as she is confined to a wheelchair when performing. “I can’t dance,” said Bean, “and it’s just weird not being able to act with your whole body, you have to only use half of it. It’s just harder. To be honest [though], I thought it was going to be a lot worse to perform in a wheelchair than it has been. I was just really lucky because my character fits really well with the wheelchair. It was a lot of adjusting, but it worked.”

While the show went on, tearing her achilles tendon was a hardship for Bean. “The hardest part is having people treat you different, actually,” said Bean, “I feel a lot like… ,not just the cast but audience members, just everybody,…they belittle my abilities, which, though I am disabled right now, I can do a lot more than they give me credit for. [It’s just] been hard adjusting to the lifestyle of being in a wheelchair.”