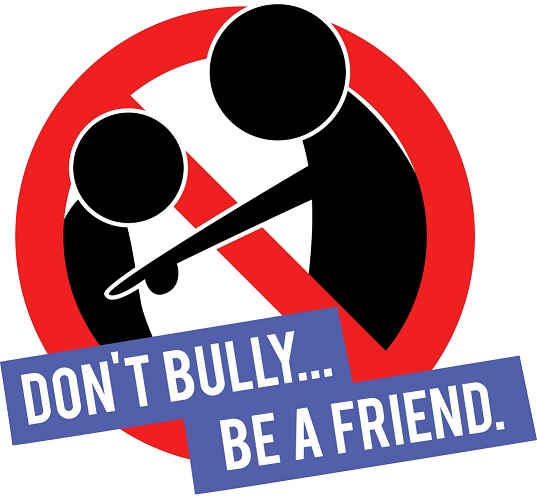 Societies definition for bullying: to use superior strength or an influence of intimidation; to force them into doing something. The typical bully is someone who’s a bigger, stronger, tougher male who tells the smaller, weaker “nerd” into giving him his lunch money. In actuality, rarely does this scenario ever happen. Genuinely, the problem is quite the opposite.

Society tries to convince us that ‘the football player bullying the nerd’ or the ‘cheerleader spreading rumors about an extremely smart girl’ are the only ways bullying occurs.

Real bullying is not at all like this. Yes, the typical types of bullying still happen, but rarely ever. Often it comes from close friends that have been close with you for a long time, not a random stranger that decides you are an easy target.

Of course the taking your money and spreading rumors about you hurts, but verbal abuse hurts even more. When you are forced to do something you don’t want to do hurts because it’s bullying but it can be fixed by the help of a parent. Verbal bullying is when they are calling you names in secret, destroying your social life, making you feel alone. The belief of what they tell you of who you are starts to deepen until you can no longer take it.

Once this occurs depression begins to set in and that makes them feel worse and worse about themselves and anything/everything they have ever done. Wearing masks in public to make it seem like they are perfectly fine is what happens after depression. This causes people to become suicidal.

Yes bullying kills. It hurts. People think it’s only  because of the physicality of being bullied. But the real bullying is the one you cannot see and hidden deep inside so no one else can see it. It’s what drives people to the brink of suicide.