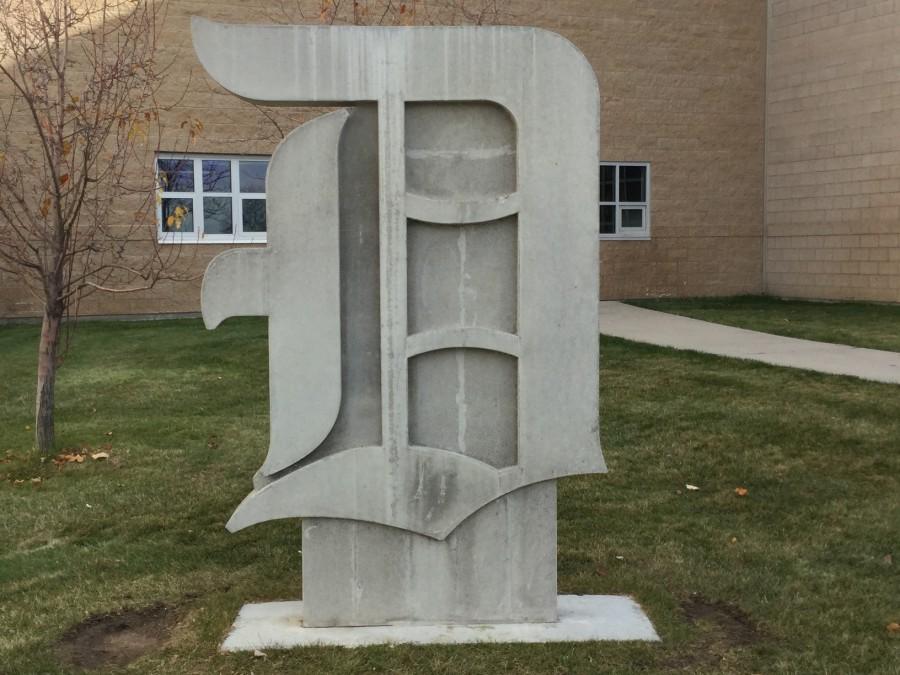 Finally, the moment Davis has been waiting for has arrived; the D-Store is open. This new sensation is located where the Point used to operate. It is open every day during lunch and is already providing the Davis fanwear students have been longing for ever since the school year began.

All of these fantastic items are already being embraced and bought by Davis students.

Brown thought of the idea of having a D-store with the help of some of the other SBOs.

“In the summer we were trying to think of fun ideas for the school year; and we thought it would be nice if we could have more Davis stuff to wear to games,” Brown stated.

The SBOs are ecstatic about the opening of the D-store, and its success.

Brown stated, “So far it’s been so exciting just to get it started and try something new.”

To start the D-store, the SBOs had to ask permission from the office, and create a system of business that worked to their and the customer’s’ benefit.

“We had to work with the office to get money, but as time went by it got easier and easier to figure out the system,” Brown said, “all of us officers [take] different turns…[to] sell. We have a little schedule.”

The students are excited about this amazing new addition to the school. The SBOs hope as time goes on that the students will find the items they sell to be helpful in expressing their school spirit and Davis pride.