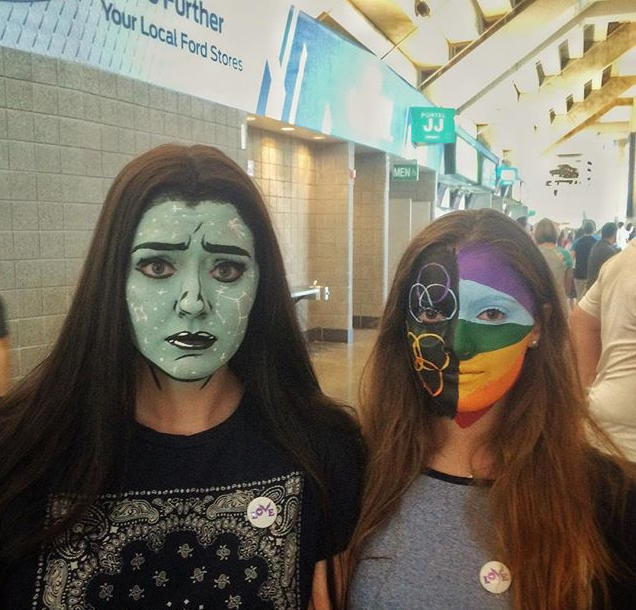 Last spring photographer Addie Jones enlisted a few of her friends and past and present Davis High Students to help her bring her imagination to life. “The Color Project”, Jones’ way of personifying colors, was posted onto Jones’ various social media pages.

“Rieley Fredericks helped me with the paint,” Jones said. “Then Elle Hampton did a lot of the photography too. It was a really big group project, so it wasn’t just me at all. There are a lot of people worked on it.”

Along with the Color Project, Jones has also dedicated time to painting faces, which she later photographs. Each face requires patience and an eye for extreme detail.

“It takes about an hour and 45 minutes to do two, but it really just depends on how elaborate it is,” Jones said.

While many face-painters use professional face painting palettes as their supplies, Jones prefers to use materials that many artists regularly have on hand.

“The type of materials I use depends on what I’m doing. Sometimes I’ll use cream-based. But usually the kind that makes the best lines is just acrylic,” Jones said.

Although Jones spends a lot of time creating her art, she gets a mix of responses after posting them.

“Sometimes people don’t like it. They think it’s weird. But it’s both ends of the spectrum. They either really like it or they really don’t like it,” Jones said.

Jones has painted and photographed a wide range of people, but she is unable to pick one as a favorite.

“My favorite piece would be the one I’m currently working on. It’s really fun to do it, and then when I finally get it on camera it looks really cool. I think that all of them have a special place in my heart,”  Jones said.