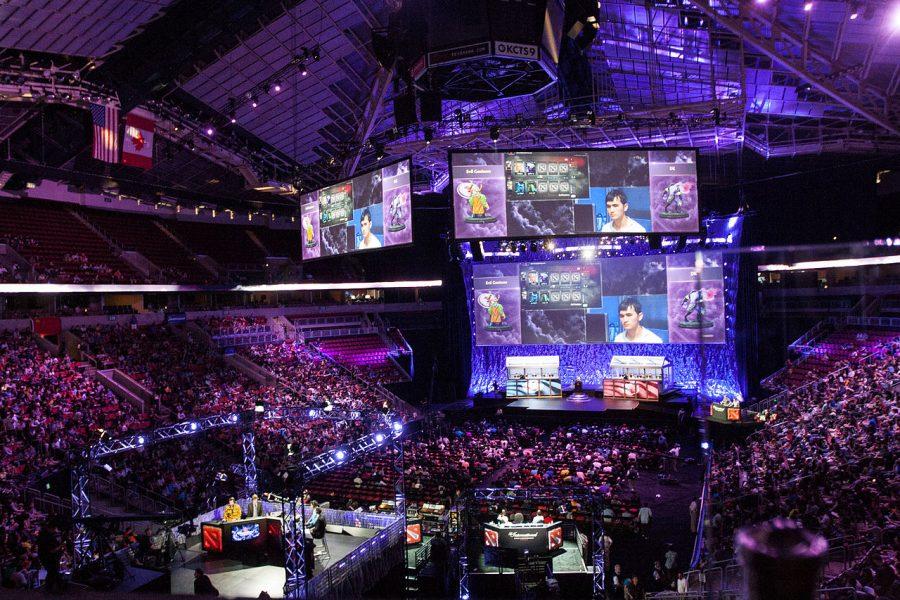 Esports has always started behind other sports. It started after sports like basketball, and it does not have contact like football does. Recently, it has tapped into an audience that no other sport can access, and because of this demographic, it has taken off with profound success, and seems to have nowhere to go but up.

“Even with how big the numbers are now, Esports is still continuing to grow, and more and more people are watching every day,” esports enthusiast Lincoln Berbert said.

Electronic sports are still a relatively new phenomenon, and it has only been an organized athletic competition for a few years now. However, Esports of all types of games have made remarkable strides towards the goal of becoming a globally accepted medium because of their ability to target the teenage gamer. The stereotype of the gamer as a lazy, overweight, unemployed male in their 30’s, has been shattered, and the sport has now been recognized as smart, savvy, and successful among millennials.

“They have found that eating healthy, getting a good amount of sleep, and working out every day helps you play better, and when you are physically fit, you are actually more mentally fit as well. So most players have a regular exercise schedule,” Berbert said

One of the most impressive features about Esports is its flexibility and its ability to connect with multiple audiences. It knows no boundaries, and it seems to connect across borders and nationality, and ignores gender barriers, alleviating discrimination. It has become a trademark of the South Korean and Japanese markets, but its success in the CSGO and COD scenes has exploded over recent years.

“The most popular games are League of Legends, Overwatch, Counter Strike Global Offensive, DOTA… games like these, they have really big followings,” said Berbert.

As the sport has gained popularity, clubs have started to form around the country at local colleges and high schools. Competitions have been held to help get newcomers involved and interested in gameplay, and it has been viewed as a mostly positive development for kids like Berbert, who really think it should be viewed as an athletic event.