Mountain Bike Club Races to Compete and Ride for Fun 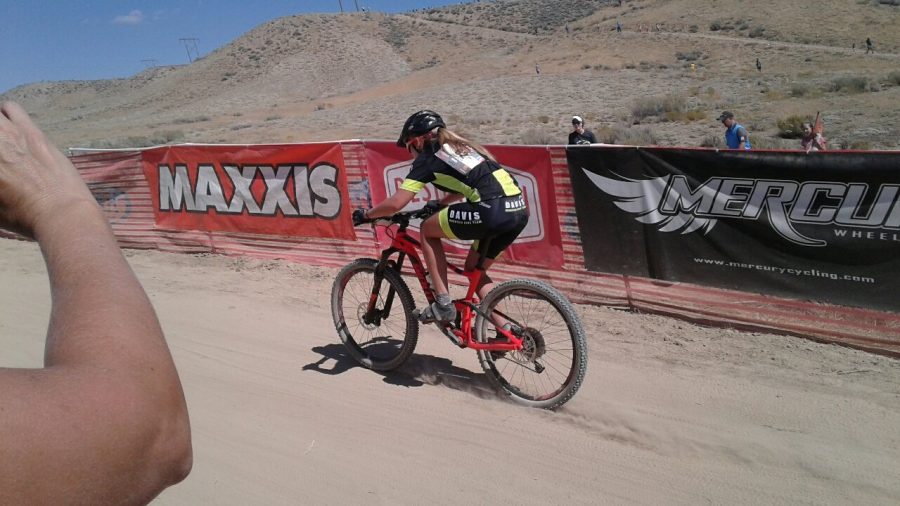 There are many clubs at the school. One popular club is the Mountain Bike Team. The National Interscholastic Cycling Association, NICA, is the sponsor of the program, with races taking place across the country amongst thousands of teams.

The Utah League is the most successful and quickly growing program in the NICA, growing 660% in just 5 years, according utahmtb.org. With several junior developmental teams feeding into the competition team, ours is one of the most powerful in the region.

With multiple weekly practices, several races, and many members, there are plenty of ways to get involved. Participants can choose which races they want to compete in, as well as their own practice time.

“When I was 10 my dad took us to trails up in Idaho, because that’s where he’s from. Ever since then I’ve been biking,” said racer Kalvin Stinger.

Some riders have been riding since they were kids, and some only recently picked up the hobby. Whatever the scenario, the team welcomes any rider. If you have a bike, or access to a bike, throw on your helmet and ride.

“My dad was a huge biker and so he make me bike and at first I hated it but then the more I did it and the more I found out kids my age do it, I loved it,” said racer Trini Olds.

For anyone interested in joining the team, or simply getting out to ride with friends, you can reach out to any of the current racers, go to the team’s facebook page, or simply meet them at the trail.