Students Are Addicted to their Phones 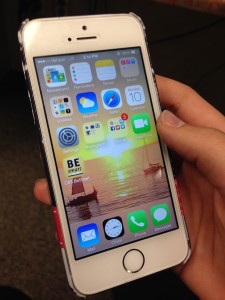 Attention! Students are losing their communication abilities in social situations. The culprit, phones.

A study of 112 students conducted at Davis High concluded that the average teenager here spends around 3-6  hours a day on their phone and 15-20  mins. on their phone with their friends.

While this does not appear extraordinary the recommended amount of time to be on a phone is 2 hours.

“50% of teens and 27% of parents feel they’re addicted to their mobile devices…Nearly 80% of teens check their phones hourly; [and] 72% feel the need to respond immediately,” CNN reporter, Kelly Wallace said.

Teachers here at Davis also coincide with these percents with comments said in relation to how often their students are on their phones.

“It’s a constant battle,” “the whole entire class period,” “More than I want them to,” and “Whenever there is a free moment. They’re addicted,” anonymous teachers said.

This issue is furthered by the alarming number of hours that teens are on their phones per week. With upwards ranging from 21 to around 100 hours per week.

This mild addiction has escalated to an epidemic.

Teens, who, on average get around 9 hours of sleep per day, attend school 7 hours in a five day period, and do sports/after school activities for around 7 hours, and spend roughly 105 out of 168 hours in a week. This leaves 63 hours of some type of leisure activity and out of that, teens are spending 21 hours plus on their phones. This includes time spent with family and friends.

“The relationships between teens and their friends play an important role in the development of the people teens become and the behaviors they display,” teeneen.org said.

You can’t form a relationship through a 5.5- inch glass screen.