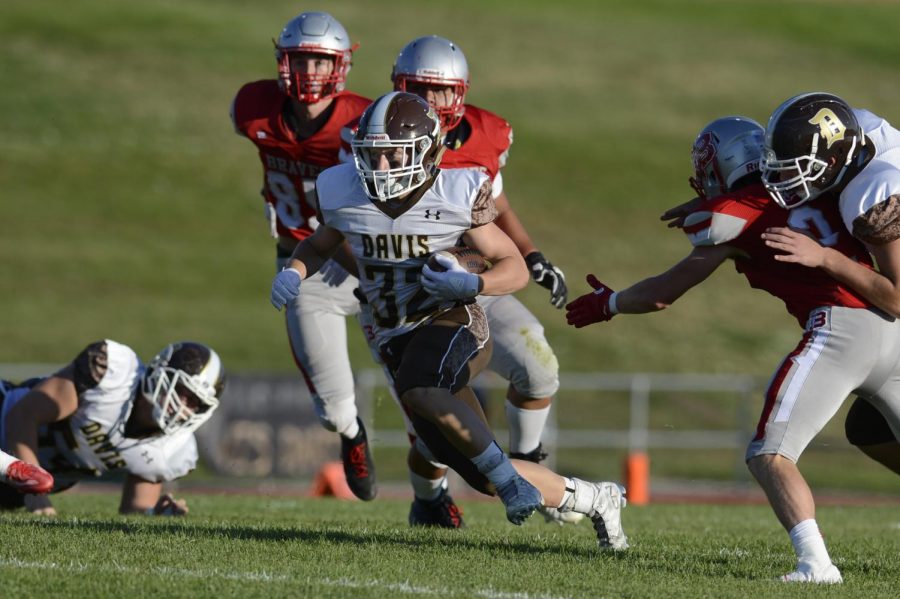 With the new High School in Farmington being built, many questions have been brought up regarding boundaries, the name of the school, and teachers being chosen to work there. But one of the main challenges coming up are high school sports.

With the struggling football season this year, and the Boys Soccer team looking to do well in the upcoming season, athletes will be a major factor in future success of the high school teams.

“It should have a big effect because there won’t be as many players [on the teams next year,]” Sophomore JV quarterback Nick Shirley said.

There will be more competition in each position for players at their respective high schools in the upcoming seasons. With many athletes wanting the opportunity to play at high levels in multiple positions.

“[Which]ever school will use me the most… I want to pay both ways so whoever is willing to give me a shot,” Shirley said.

Athletes are willing to play anywhere where they are given a chance. The coaches will need to see this in the students to get them to play at their schools. Ultimately a coach needs got athletes to win a game, which is the main goal in sports.

“I think it’s cool to add another school in the area. Maybe we will have another rivalry in the future,” Senior Soccer player Luke Merrill said.

With the players living near each other. A rivalry will grow through competition of who can be the best in the area. The splitting of Davis High’s boundaries will eventually create even more competition with schools around them.