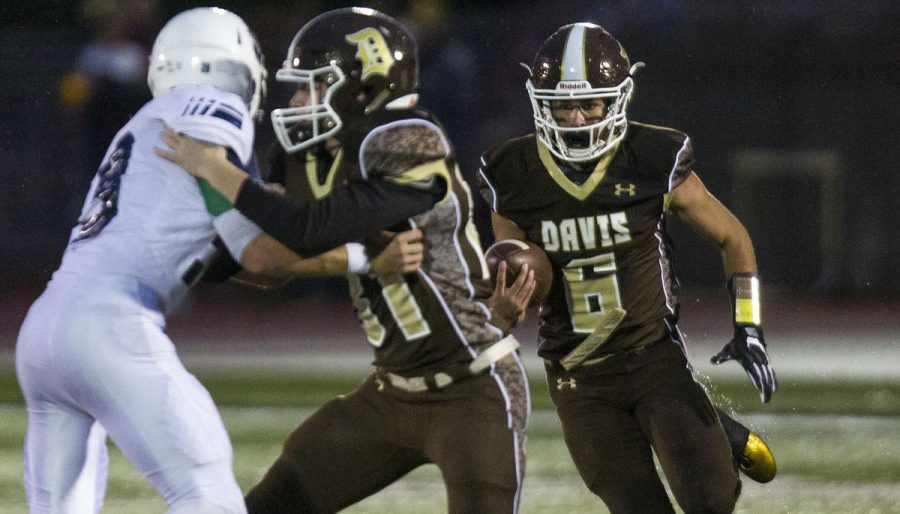 It is fourth down and viewmont is at the twelve-yard line. The ball is hiked, it goes to the punter, the punter drops the ball and begins his kicking motion out of nowhere a Davis defender blocks the punt. The ball flies into the end zone, it is recovered by a Dart, touchdown Davis High. Davis played Viewmont this last week. Turnovers were the name of the game ranging from common interceptions and fumbles to blocked punts. It was a hard-fought game going back and forth until the horn rang.  Davis came out on top fourteen to twelve.

Viewmont in the end had more turnovers in this game. One of the pivotal plays in the game was when Davis blocked Viewmonts punt and recovered it in the end zone for a touchdown.

Carston Christenson was the leading rusher for the Darts this week, he had eighteen carries for a total of forty-seven yards, although he had the most yards Spencer Ferguson had the only touchdown on the offensive side for the darts. Garrett Larson was the passing leader with one hundred and sixty-four yards. Garrett completed four passes to Jack Rigby for 58 yards which made jack the leading receiver.

The game overall for Davis was tough, it was a great preseason game to get the kinks out before the regular season. It is a good sign for the Darts.