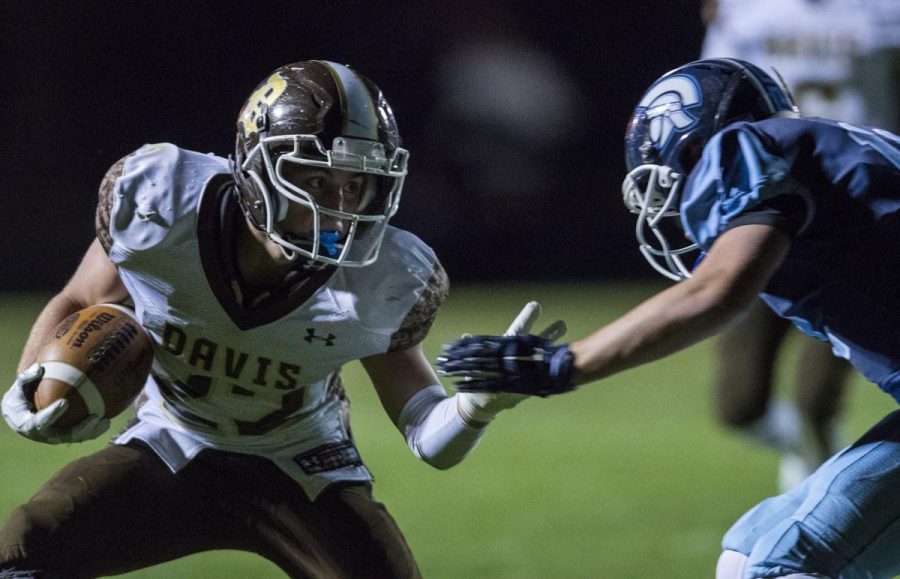 Davis is going into week 3 of the football season at 2-0, already doubling their winning total from last year. Week 3 brings in a different test with them playing Layton and it being one of the biggest rivalries in Utah. Davis’s only win last year was against Layton. These two teams have been football power houses for a long time, but for the last couple years both programs have been on the downclimb.

The beginning of the season has been very promising for both programs with Davis at 2-0 and Layton at 1-1. Garrett Larson (Senior Quarterback at Davis) has had a good start to the season, with during the last game vs Viewmont he went 15/29 for 164 yards. Not one of the better games he had. On a higher note Peter Stevenson (Junior Wide Receiver at Davis) and Jack Rigby (Senior Tight End at Davis) both had a very good game with 4 receptions each to help contribute to the win. Both bring a fiery spirit to the team and to the field of play.

Layton is coming into Davis with a good win over Brighton, where they played well. They have a good number of juniors playing varsity coming in. Could the lack of experience hurt them in the rivalry? All we know is that with this being such a big rivalry it will have everyone more hyped up than usual. Friday night rivalries are the most hype games to go to.