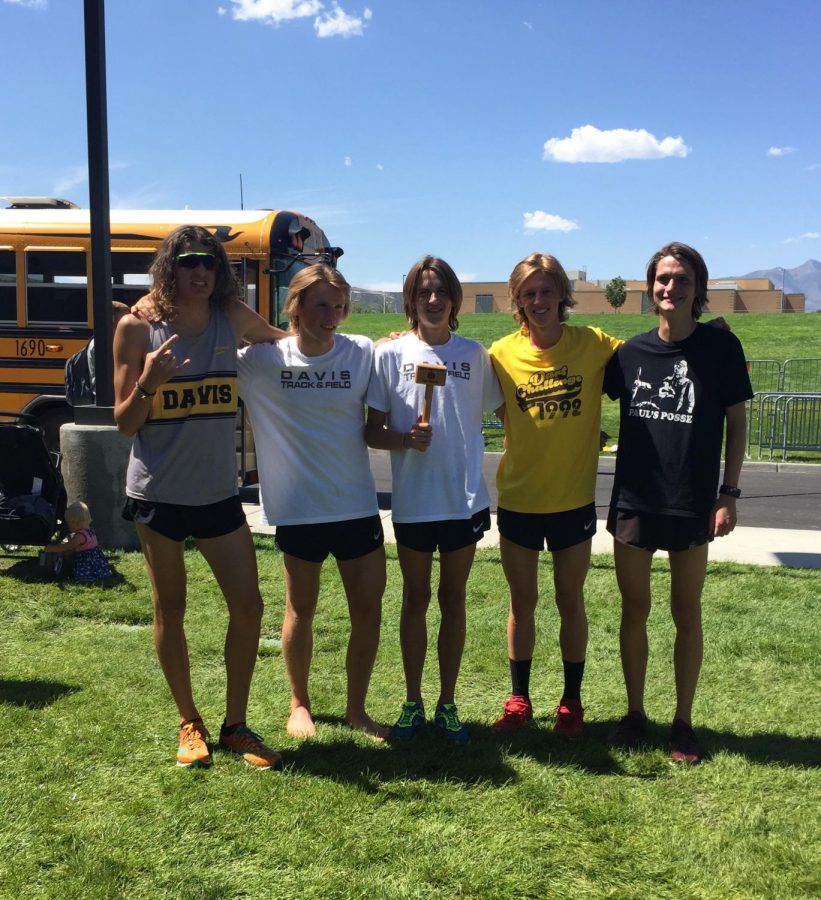 Carson Knight is a senior here at Davis High school. He is a varsity athlete on the cross country and track teams. Utah is one of the fastest states in the country which means that we have the fastest teams in the state. And Davis is known to be one of them.

Carson has been very athletic for his whole life. He got into running, because in junior high, he was playing hockey, and his off season was the track season, so he ran to sty in shape for hockey. But he then fell in love with running. And continued to do both running and hockey for couple of years. But once he reached high school, and hockey season and cross country season interfered with each other, he tried to do both but it was just to much. So he chose to stick with running and it payed off.

Carson has grown up in Utah for his whole life. He has always been faster than most, but has boomed in his running career in the last year and a half. Carson is recently coming off of a major win in New York City. He ran a road 5k USATF sponsored course and took first place. Carson’s team is looking good this season. they have preformed well in most of their races so far. They are getting ready for a big race down in Idaho this weekend. But none of this matters. Because Carson and his team are working very hard this season in order to qualify for Nike cross Nationals in December. Which has been their team goal since the end of cross country season last year, when they had a heartbreaking race in Arizona and did not qualify for Nationals.