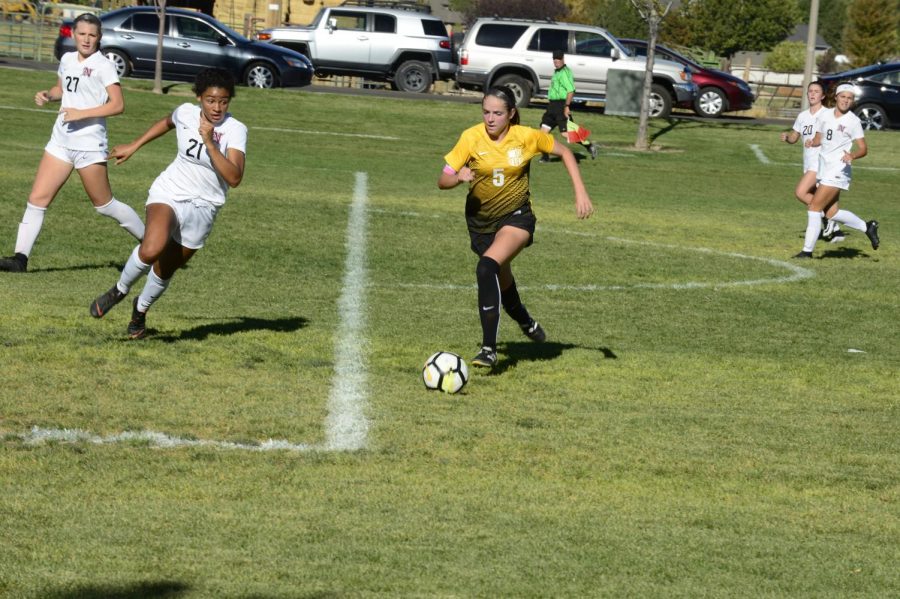 Davis girls soccer played a neck to neck game this past Tuesday against Weber High School, the game was fought hard till the last second of the game. Despite the competitiveness and determination of Davis, Weber’s Girls soccer team fought just as hard and ending up getting the win in the second half with a ending shut out score of (2-0).

“Our plan for the game against Weber was to start out the game strong, score early, and keep the lead the whole game. In the end, we had a rough game though but we are going to be stepping up a lot to our next game and going for the win.”- Reagan Neuenswander

Davis indeed stepped up to their plan and ended up winning their next game that week on Thursday.

From the start both Weber and Davis came out strong, giving 110%, giving all they’ve got. The score stayed tied at half time with no goals for either side. Sides both predicted that the score would not change though the whole game. But that was proved wrong in the second half. The score stayed this way until the last couple minutes of the game when Weber scored, and then barely a minute later another goal was scored. A tough loss but a well fought game for Davis.