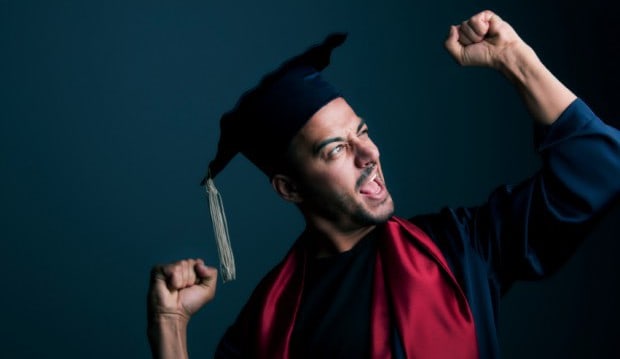 A Scholarship is undoubtedly one of the highest if not the highest academic achievement that a student can achieve in high school. Being (at their best) a vessel that carries the student to the next level of their education free of charge, providing food, and housing; it would be a given to believe this great award is earned by only the most exceptional, brilliant, and elite of students in a particular field, whatever it may be. Unfortunately this is very much not the case anymore.

Not long ago scholarships were an incentive to work hard and push yourself to your potential,  to become the best ‘you’ you can be. Then the chosen few sought after by universities in need of their talents got their just reward for rising above the rest. Relieved of some of their responsibilities, they were granted more time to work on and improve their already exceptional craft. This system taught everyone else who didn’t qualify for a scholarship responsibility as well, no matter who they were, they paid their way, feed themselves, found shelter and survived. This is how college became a real coming of age in many’s lives, by learning how to survive off their own efforts.

Then something began to change. Scholarships began to drift further and further away from merit. The mentality of “equal opportunity for everyone” gradually began to fade. Eventually, the importance of diversity of thought was completely dismantled for diversity of ethnicity, body, gender, and sexual orientation. Shifting the Universities focus towards what their students are into, and what they look like rather than their intellectual and philosophical diversities. Which in effect *actually* discriminated against groups of individuals, and robbed those who wouldn’t normally be qualified for a scholarship the opportunity to learn how to live independently and become responsible based solely on their race, biological gender, or whatever subcategory they decide to identify themselves with the day of their application.

So without further ado, let’s take a look at some of the most exceptionally stupid scholarships currently known to man.

(there are far to many minority specific scholarships to cover so only some of the most absurd will be listed, fair warning.)

This $6,000 scholarship grants money to minorities that are said to not be represented properly in science. Under deeper investigation I’ve found this means everyone going into a science degree can apply, accept for Caucasians of course. On an unrelated note, Neil Degrasse Tyson is the most publicly recognized face in science at the moment.

Juniata College, a Pennsylvania liberal arts school rewards southpaw students with a scholarship worth $2,000 to $5,000 for being dominate with their left hand. Yup

This scholarship requires men to exceed 6’2 in height and women to be taller than 5’9 to apply. this scholarship offers $1,000 in cold hard cash for having better genetics than other people. Talent sold separately.

In closing, as much as these quirky eccentric scholarships anger many (like the writer himself obviously) it can be quite fun and enjoyable to search through some of the most odd and laughable scholarships available, no matter how discriminatory they can be. But of course no body would pass up a chance on free money because of their skin color, and no one would blame them for taking that opportunity while it still exists. But ultimately, the more society separates those who are different in ways completely out of their control, differences they were quite literally bestowed at birth, the more discrimination and injustice their will be. My most sincere hope is there will be a day when there’s only one race, and that’s mankind.