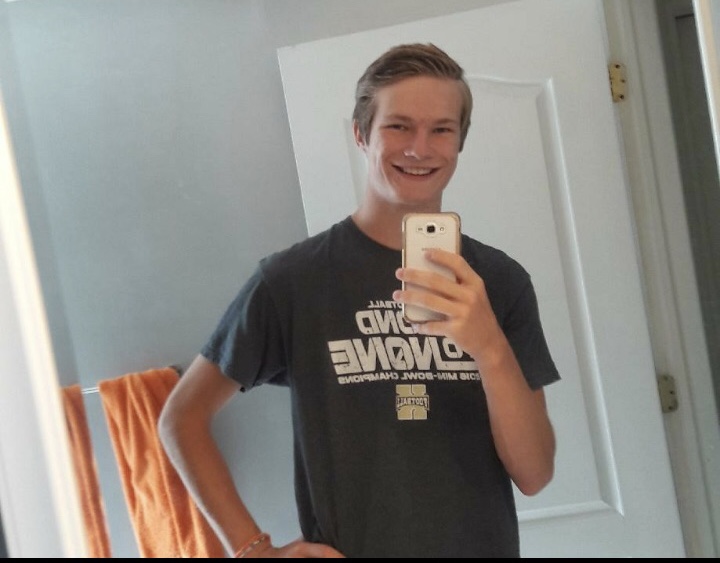 Kale Thomas is a junior at Davis High School. He is known by his friends as someone who is funny, tall (6’3), adventurous and annoyingly good at everything he does.

Kale spoke about himself in a humorous way,

“I like going out for ice cream for fun. Not eating food though because it’s a burden. hanging out with friends… most of the time. My family always brings me happiness. I’m the middle child, who get’s treated like the first child and the last child. I haven’t grown in like 2 and a half years, but I’m also looking forward to my mission because people say you grow on your mission. I’m into girls, but I still have a place in my heart for bros.”

“I thought about starting in 7th grade, but my best friend ( Cole Noriega) almost broke his nose doing it, so I waited a year before deciding to start up.”

Besides Track, Kale enjoys snowboarding, hiking, and playing Rockband with friends. He’s been snowboarding for 3 years.

After High school Kale plans on going on a mission, then going to college and continuing track.

Kale enjoys the track program at Davis and the coaches that he learns more from every meet.

It should also be noted that this interview was a lot longer but I had to edit all of his smart Alec comments and jokes out, so this is half the length of the original interview.

In conclusion, Kale Thomas broke his phone and so now the only way you can hit him up is if he has wifi so he can use instagram on his “android version of an iPod” sorry girls.

Most importantly, It should be note that Kale played Clash Royale throughout the whole interview and challenged me to a one v one.