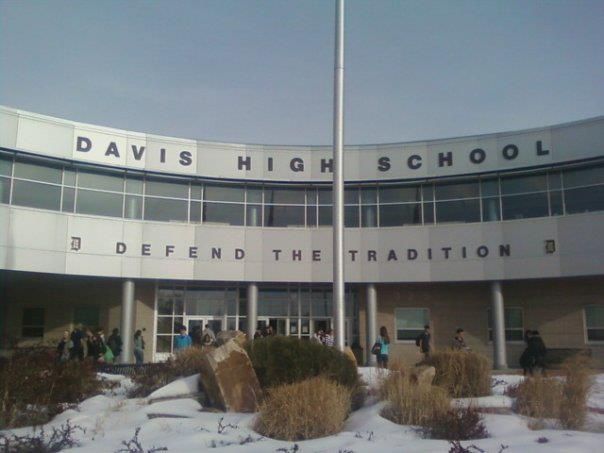 Continuing to “Defend the Tradition”

Davis High School was founded in 1914. As one of the largest, oldest, and highest ranked high schools in the state, Davis is bound to have a reputation. “Defend the tradition” is a common saying for students and teachers as well as the school motto. With the longevity of Davis there is undeniably a tradition.

“There’s kind of two things, its academic and I would say our sports and clubs. I know that were known for math a lot; we have a really good math system. Sports wise you just know that Davis is going to be good every year, it’s a big school.” Says student Camden Bywater.

Math department Chair and teacher Ms. Meade states, “Part of it is just how old it is. Back in the day it was the only school in the county. There’s a longevity that is huge for part of it, so it certainly does help that it’s been here for so long.”

Utah is growing in population with a large influx of people moving in and the state’s high birthrate. This growth leads to the creation and need of more schools which put up a challenge for Davis High. Farmington High School was opened in Fall 2018 and took a large student flow and population from the highly populated Davis High. Being the same group of kids that would have gone to Davis, Farmington puts up a rivalry.

“Since the creation of Farmington high there has been a decline in a few things at Davis especially our sports, but I think it will stabilize and increase.” Says Bywater.

Meade says, “I really like that we try to defend the tradition, but it is not enough to live off of your history, you have to work to keep it great.”

Davis High continues to be a large contender regarding academics. With some of the highest ACT scores and best programs available, the school continues to hold high value. But there are challenges with Davis being regarded as an unkind school that is closed to any ‘outsiders’.

With the long multigenerational history and hometown feel, Davis comes across as a closed circle for many people trying to fit in. Students are often raised in this closed circle feeling so actions and thoughts can be confusing.

“You are oblivious sometimes to newcomers and I think it’s not because you’re not kind, you’re just oblivious. I think people here overall are very kind.” Says Meade.

With constant oncoming challenges and more than plenty of room to improve, Davis High continues to carry on its long-standing stance of “Defending the Tradition”.