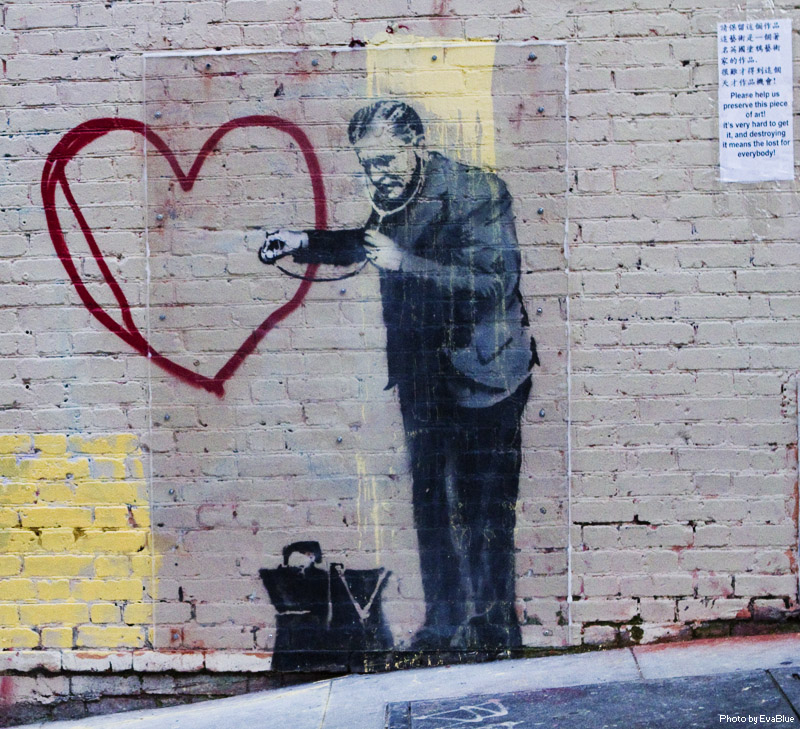 The Artist that destroys his work

The famous artist Banksy is known for his graffiti work around the world. He travels to different cities spray painting his pieces and then leaving without his identity being known.

Although the act itself is illegal, because Banksy is so popular and critically acclaimed, they tend to be protected by the city. Even Park City embraces their illegal Banksy work and protects it.

Although much of his work is graffiti, he also does paintings. His most famous painting was also one that he designed to be destroyed.

NPR reported on the stunt, “In 2018, the “Girl With Balloon” piece was sold at auction for $1.4 million dollars, but the work of art “self-destructed” the moment the deal was done.”

Banksy secretly installed a paper shredder that destroyed the piece in front of everyone’s eyes. Many speculated on the artists’ intended meaning.

According to the Smithsonian “The self-destructing “Girl with Balloon” is believed to be a comment on capitalism and the art market. However, if Banksy wanted to make a real statement, Smee points out, he would have totally destroyed the art.”

After the incident the piece was recently put up for auction this year. According to NPR “It’s expected to go for between $5 to $8 million.”

Earlier this year a group burned an actual Banksy on a live stream. Which was inspired by Banksys shredding incident.

According to BBC “We specifically chose a Banksy piece since he has previously shredded one of his own artworks at an auction.”

Banksy is arguably one of the most notable contemporary artists and much of his fame has come from illegal activities and the destruction of his own work.

No one knows where Banksy will go next or what kind of stunt he will pull. But either way the world is watching him.