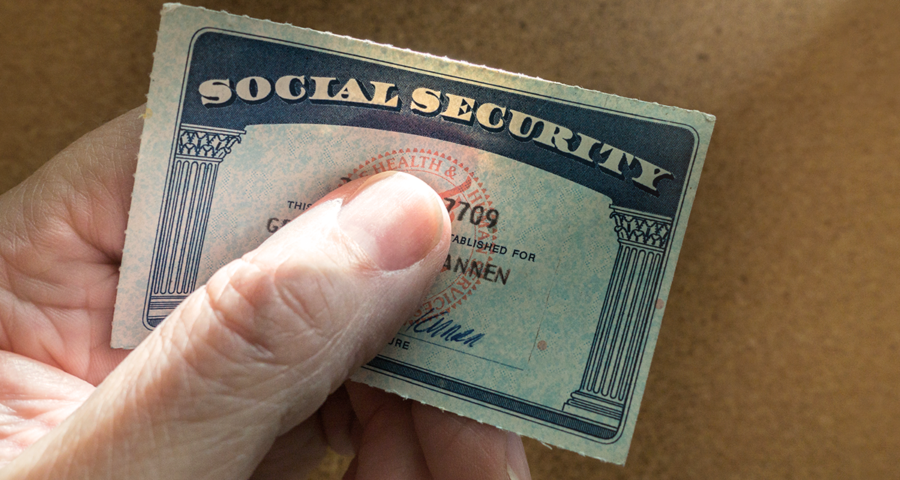 Why are social security cards horrible?

Well, Americans love their freedoms the slogan is, land of the free and home of the brave and even though Americans are nether it is a good slogan overall Americans like being able to do whatever they want.

It comes from the pioneers who came here to live outside the government which sounds good except for all the government so because of the “Freedom “America docent have a national id card.

But suspiciously almost every US citizen does have a social security card that many places ask for to prove who you are, and it is an id in the worst way possible because it was never designed to do that.

This is an issue because this is the key to letting the government know that you are you and losing it is the worst kind of identity theft that can happen, but why is it so bad at being an id well?

There is no picture, no description no biometrics there is nothing that makes it personal to you because this was all made back in the great depression when they introduced the social security administration or SSA for short.

It was a mandatory tax that would save money that you can use when you turn 65 or retire with the purpose being that if in the past you did not save any money future you can still live off the money you paid into it.

So, it was made to track how much you put into your social account and since it was only work-related there was no point in giving one to a kid but everyone alive in America has had one since birth but why?

Well because America has no national id cards it is extremely hard for government institutions to keep track of people over time and with hundreds of millions of citizens that is hard to do you could try something else, but the social number was the easiest.

So, the tax department started to use the social number to make tracking taxes easier and make kids get them so parents can get a tax discount that was based on the honor system which had to change fast.

And this made it easy for the whole government to use the social number to track people without making their system and to Exchange information between institutions about people.

And Americans not wanting a national id card the movement made the next best thing, but it ended up being worse because the card was never meant to be used in this way and it is easy to tell because there is no security built into it.

The reason most national id works is because it has many little tricks to secure itself. The most common is to have the last two digits add up to the sum of the number so 8002295618041 is valid but if one number switches it’s invalid.

And every card does this so nobody can just guess it at random, try pushing random numbers into amazon and try to buy something you need the number, zip, cv2, and expiration date try and guess all of this if one number is off it will not work at all.

“the social security card is the worse case of financial protection this world has ever seen,” said F.D.R he also said ” American citizens should not be viewed as numbers we need a better system”

But a social card has none of this in fact if you were born before 2011 it is extremely easy to just guess one because the first three numbers are what state it was applied for and the last for just goes up in order same with the middle two.

So, take your number, subtract, or add one and that is a valid number of somebody your age born around the same time and a fraudster that knows where you were born and what time can guess 5 of the 4 numbers.

The physical card is horrible too for reasons stated earlier this means it has less security than a library card and is vastly more important, so it fails and being a secure number and being a good id but at least it’s universal right?

“You don’t have a soul; you are your own soul. In other words, you are not this book, your social security card, your body, or your mind. You are you.” said L. Ron Hubbard.

So, the most important number you have is not secure inset practical easy to steal and it fails at everything it does today and with computers, you can sleep safe knowing any computer can figure out your number in a couple of hours at max.