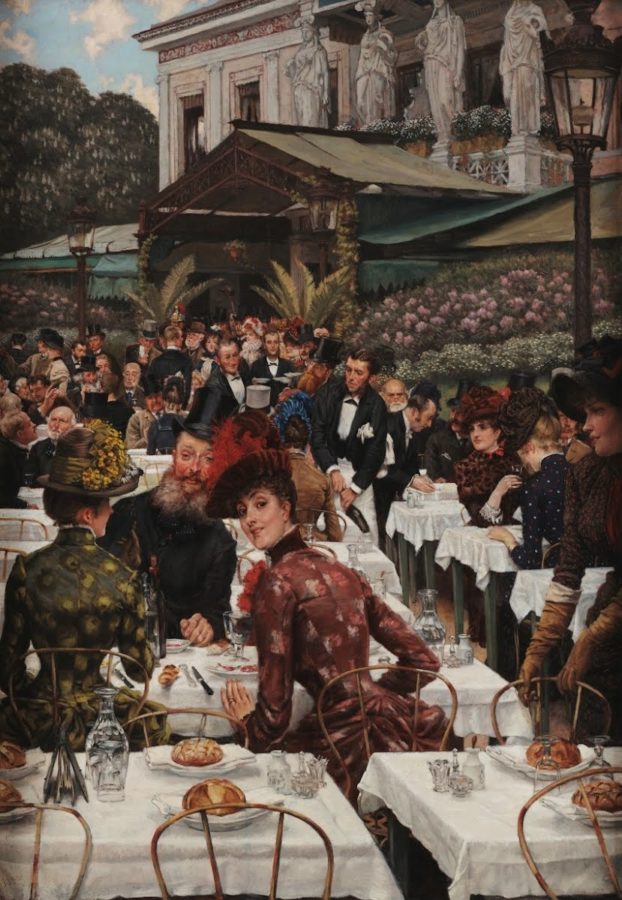 The art world has a record of forgetting the artists’ wives. Throughout history male artists get inspiration from their artist wives but the women get little to no recognition.

Lee Krasner falls under this category. She is known for her abstract painting and collage designs. Krasner was a part of the New York abstract expressionists. Krasner helped Jackson Pollock with his career and his style.

The Museum of modern art reported on Krasner’s life, “Krasner introduced Pollock to many artists and gallerists, including Willem de Kooning, Hans Hoffman, and Sidney Janis, and most importantly to the art critic Clement Greenberg, who became a champion of Pollock’s work.”

She was vital to Pollocks work, yet she is not as much of an art figure as Pollock and is often forgotten.

Jo Hopper is an American surrealist that is seen in many of her husband’s work. Jo was often a muse and model for Edward Hopper. She is seen in some of his most famous works like nighthawks or woman in the sun.

Before Edward she was well established as an artist. According to the Guardian “When she married Edward Hopper, Josephine Nivison was 41, and had been painting successfully for 16 years. Her work had been shown alongside that of Modigliani and Picasso, Maurice Prendergast and Man Ray.”

Now her husband is ‘famous’ artist while she is in his shadow of artwork.

She also helped influence Edwards’s work, yet she is not as much of an art household name. Even now she is still often referred to as Edwards’s muse instead of a creative mind herself.

Lee Miller is yet another muse. Her boyfriend Man Ray was a famous photographer while Lee Miller was a model for vogue. However, she started to move towards the arts.

She became a photographer and painter. Most of her most recognizable works were at the frontlines of World War II.

During her time in the war, she documented everything she saw. That included concentration camps, soldiers, and broken cities.

After seeing the concentration camps Miller was mad and broke into Hitler’s apartment to seek her revenge. Her son reported to the Telegraph that “I think she was sticking two fingers up at Hitler. On the floor are her boots, covered with the filth of Dachau, which she has trodden all over Hitler’s bathroom floor. She is saying she is the victor.”

All these women did powerful things and had hardships of their own however they are often brushed off, overlooked, and underrated.