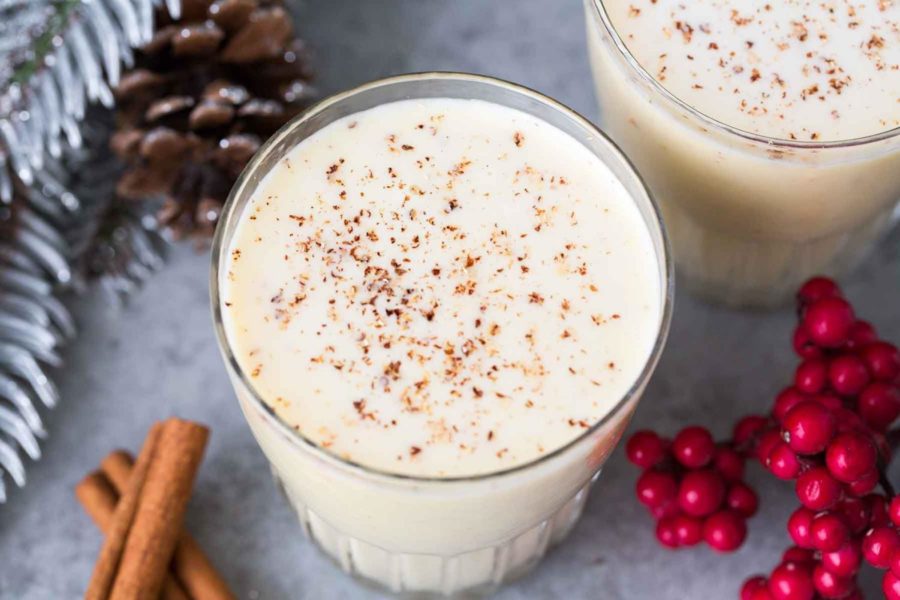 Eggnog, the most festive drink.

When thinking of a Christmas drink there is one drink that comes to mind: Eggnog. Eggnog has been a staple in festive enjoyment for quite some time. Eggnog wasn’t always a festive drink.

While the exact origin is still debated to this day, it is widely acknowledged that one of its ancestors is the early medical drink called posset. Originally from curdled hot milk and spices. It also included wine or ale. This drink was considered to help remedy the cold or flu. Monks started to add eggs to the drink and born was the new drink. Posset was very popular up until the 19th century.

The term eggnog didn’t come until the colonization of America. One of the first “Americanisms” was the term eggnog. The word eggnog was a mash of multiple drinks and phrases back in Britain.

The “egg” came from a drink called egg flip where eggs would be mixed with sugar, ale, spices, and brandy or rum. The way to mix this drink was rapidly flipping it between to containers to mix.

America was also the ones to start making the drink a festive drink mainly drunken during the winter months. According to the Huffington Post more than 135 million pounds of eggnog are consumed every year. And for all those math junkies out there that is 15,066,964 gallons at 3568 calories a gallon. That is 53,758,927,552 calories of eggnog consumed a year!

The Double Dipping crew decided to celebrate National Eggnog Day, December 24th, a little early this year by finding out who makes the best nog out there.