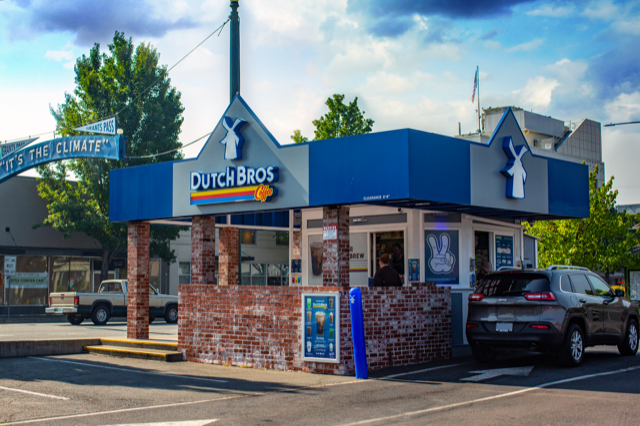 The Starbucks of the West

Dutch Bros was founded in 1992. Founded by Dane and Travis Boersma in Grants Pass Oregon. In 1992 the two brothers quit their jobs in the dairy industry and decided to take up the coffee business. The two brothers spent less time on the business side and more on the connections they made with customers.

What once started as a pushcart has turned into 470+ stores and more to come. In September of last year, Dutch Bros went live on the New York Stock Exchange under “BROS”. They have been since valued at $3.8 billion dollars.

The franchise stores have just recently been moving eastward with a store as far as Tennessee. Dutch Bros just opened its 16th store in Utah. The new store is on Main Street in Layton next to the Home Depot.

But how does a coffee shop due so well in a state where half the population doesn’t drink coffee? It came with their new Dutch Bros Rebel™ energy drink. It was a new caffeinated soda that they could mix with different favors. They also introduced DUTCH FROST®. The Dutch Frost is “A Dutch take on a classic shake”.

The stores have been able to go just about anywhere because the stores are so small. The stores are usually in parking lots of other stores. This idea keeps their footprint down and prices down as well.

Dutch Bros credits their success to their “broistas”. Dutch bros are known for having happy employees that bring happy attitudes and make the experience better.

The Double Dipping crew takes on Dutch Bros in this week’s episode and see what all the hype is about. Are Dutch Bros coming after the King of Coffee or will Starbucks continue its reign as America’s way to get their coffee fix?