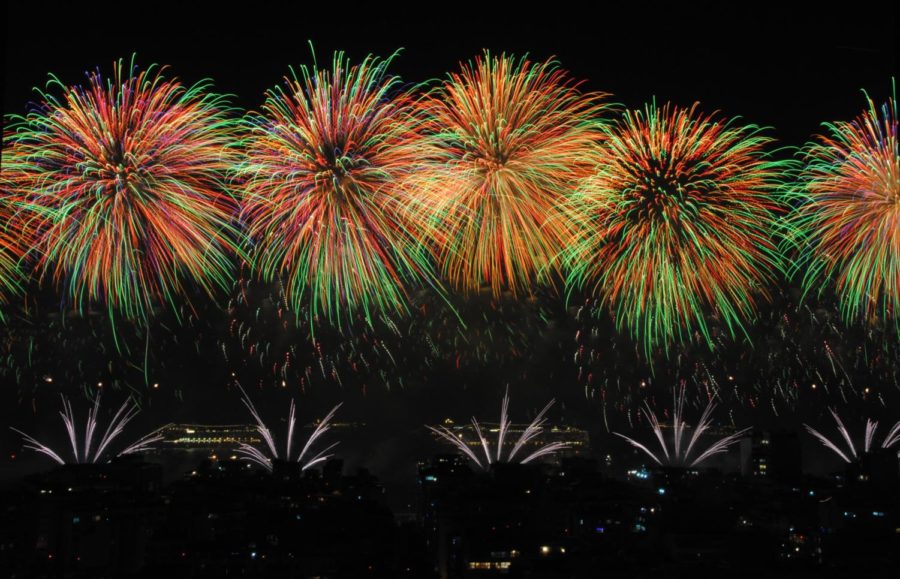 With the start of a new year comes people’s new years resolutions. Most people have at least one, sometimes more, but almost everyone abandons their goals by February. Some people set easy goals that they can accomplish in a month that way they can say they completed their New Year’s resolution.

“My New Year’s resolution is to start eating healthier. I’m doing it with my mom, so I have someone to hype me up. I think I’ll do good until the summer but then I start slacking.” Sylia Arnell says.

Even though most people ditch their goals pretty quickly, it still could be important to them to have a goal going into the new year. There is something refreshing about creating goals and trying to achieve them, even if its not that long.

“I think it’s important to have a New Year’s resolution because it sets goals and a better mindset for the next year. In a lot of people’s minds, they see it as a way to restart, everyone blocks out the bad things that happened the year before so they can focus on the good things that might come in the new year.” Taeja Villagrana explained.

When creating a New Year’s resolutions, it is important to create one that is kind of challenging, but also something you know that you can probably achieve. It is important to do this because then it makes you work harder and gives you something to look forward to, to make yourself feel good.

“My New Year’s resolution is to get my body, soul, and mind on the best track for my future. I am going to do this by staying focused on my future because staying in your past is detrimental to your health, body, and soul.” Hailey Wilson emphasized.

Having a New Year’s resolution helps so many people better themselves and gives them a reason to wake up in the morning. Not having that motivation won’t be the end of the world, but it helps you realize that things can change if you put the effort in to change them.